A BLACKCAPS-laden Northern Districts (ND) side will head to Canterbury for the first match of the 2019-20 Plunket Shield beginning tomorrow.

With the majority of their international contingent available, ND will be looking to set down an early marker in New Zealand's domestic four-day competition.

The BLACKCAPS are available for selection in the absence of international cricket and, with one eye on the England tour next month, the chance to play red-ball cricket is important preparation for the Test series. 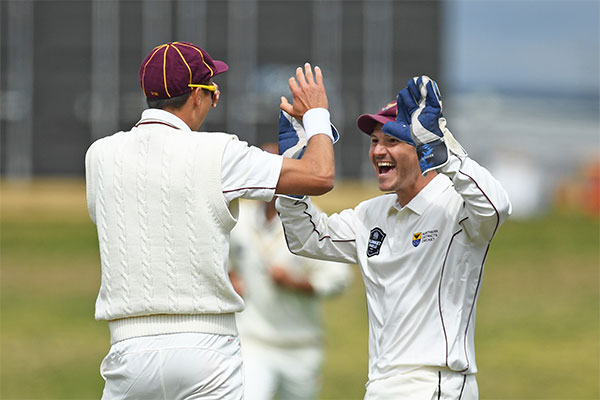 Trent Boult and BJ Watling will line-up for ND in the Plunket Shield (Credit: Photosport).

ND coach John Bracewell said that having some of the country's best cricketers at their disposal is a balancing act.

"We know that these guys care about, and like, playing for ND, so we're looking forward to having them in the group," Bracewell said.

"More importantly than having all these players available, however, is how we manage the guys who are not playing.

"We have aligned our A programme alongside the Plunket Shield, so the rest of the squad will be playing against Auckland A on a really good surface, ensuring they maintain their match fitness.

"We think this allows us to manage this process really well."

On the season itself, Bracewell was buoyed by a unique pre-season which saw the squad head straight to Melbourne for some one-day cricket against Victoria, before returning to prepare for the upcoming season.

"The strength of this was that it allowed us to come back, reflect on the matches and practice on what we learned," said Bracewell.

"It was different, but I think the guys really enjoyed it and it's made practice a bit more purposeful and targeted."

Round one of the Plunket Shield begins Monday, October 21, 10.30am at Hagley Oval, Christchurch.