Today, we combine our latest 'Chat with Pat' with Māori Language Week.

Pat has had a significant impact on the convergence of Māori and cricket within ND and New Zealand.

As Director of Cricket at ND, he noticed plenty of talented Māori players at ND age-group tournaments but was very aware that only a few carried on into club and senior rep level.  Pat then took it upon himself to work first with Graeme Stewart to set up the ND Māori Men's team, and then with Kerry Ann Tomlinson to establish the Māori Women's team to encourage ongoing participation.

His involvement with ICC cricket development programmes in the Cook Islands led to him organising Māori Men's and Women's tours to Rarotonga. These tours served the dual purpose of promoting cricket for Māori and in the Cook Islands.

NZC last season appointed him as selector of the first NZ Māori Secondary Schoolboys' team. Such was the success of the inaugural fixture against a Governor General's XI that it is being repeated next season, with the addition of a NZ Māori Schoolgirls' game.

Māori Language Week serves as a timely reminder to consider the Māori contribution to ND and NZ cricket.  Perhaps I can do this best through asking a series of questions.

1. Why has cricket never enjoyed the levels of Māori participation as rugby or league or baseball?

Unlike India and the West Indies, cricket did not take hold despite British colonialism.  In the colonial era cricket in NZ was largely urban based and predominantly a middle-class game.  Even by 1950 less than 20% of Māori were urbanised and relatively small numbers of Māori attended the private and state schools that promoted cricket as the major summer sport. Hence the lack of tradition of playing cricket. 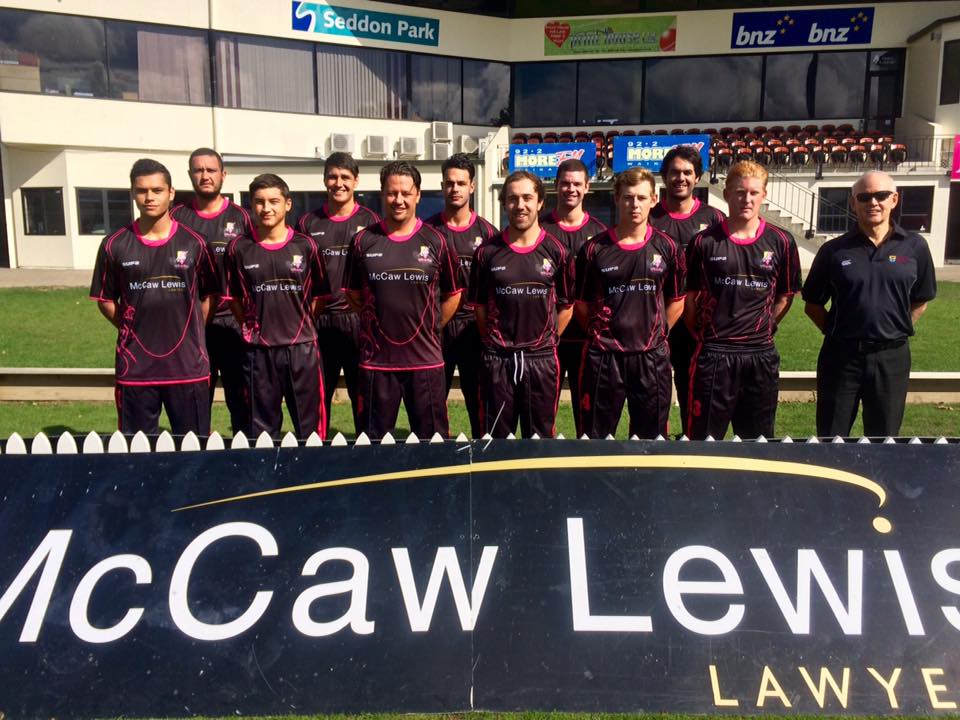 Pat with one of the many ND Māori sides his legacy has spawned (credit: ND Māori).

However, there were early examples of how Māori could excel at cricket.  By 1920 five Māori players, all educated at "cricket schools", had played first-class cricket.  There was then a significant gap; between the 1930s and 1970s only one Māori reached first-class level (Blair Furlong, who played for Central Districts 1963-1973, and who was also an All Black and later CEO of CD Cricket).

2. Have any Māori played international cricket for New Zealand?

A number of the above have been world-class players.  This list makes a mockery of the often quoted, "Māori/Pasifika aren't suited to cricket" (and don't forget Ross Taylor of Samoan descent! Or Ben Stokes!).

3. What about at Northern Districts Level?

ND has around 40% of NZ's Māori population and it follows that we should have provided a significant number of those with Māori heritage who have played at first-class or List A level.  Following on from Roger Broughton and Mark Carrington we have had Cody Andrews, Dion Bennett, Jono and Trent Boult, Tamati Clarke, Nathan Daley, Te Ahu Davis, Zac Gibson, Brandon Hiini, Brad Leonard and Daryl Tuffey.  Tamati Clarke's younger brother, Katene Clarke, is currently part of our ND squad and went to Melbourne in preparation for the upcoming season.  Jake Gibson is also in that squad. The future looks promising.  Thorn Parkes was the top scorer at last season's NZ U19 tournament and played for NDA.  Olly White and Ben Pomare are currently in the NZ U19 squad.

4. What can we do to increase Māori participation in cricket?

One researcher into Māori/Pasifika participation said, "cricket struggles against all the sports that have the ingredients of higher velocity, input, sensation, and shorter periods of time."

My response to that would be that the T20 format now fulfils exactly that criteria.  As did the recent one-day World Cup games.  So, cricket now has a product that should be more appealing to Māori than the traditional longer version of the game.

We need to be pro-active in promoting cricket amongst Māori and other Polynesian populations.  We can learn from kilikiti.  Perhaps festival weekends might be more appealing to some than season long formats?

There are always talented Māori youngsters playing in our ND age-group teams.  It is the retention of talented Māori players that is the challenge.  This challenge manifests itself in two ways:

-Talented Māori players may be talented in rugby as well and they tend to choose rugby over cricket as their "career path".  Recent examples in ND would be Charlie Ngatai (All Black), Allan Bunting (NZ Sevens), and Dylan Collier (NZ Sevens).

-The dropout of Māori players between age group and club cricket.  Rugby clubs have a strong Māori presence and cricket clubs are less culturally inviting.

5. Why do we need more Māori playing cricket?

If we don't engage now with Māori then cricket will decline in areas with increasing numbers of young Māori in comparison to those of European descent. My home town Gisborne is a good example.  When I grew up there in the 1960s the school age population was about 70% European, 30% Māori.  Today over 60% of all school aged children in Gisborne are Māori.  In the Bay of Plenty 40% as are 44% in Northland.  Counties Manukau has a rapidly growing Polynesian population.  Many of these children attend "non-cricket" schools, defined as schools where cricket has a minor or non-existent role.

If we don't engage more young Māori in cricket, not only will we see the potential demise of cricket in some areas, but we will also be missing out on a significant talent pool in those areas.

6. What are we doing to encourage young Māori to play cricket?

Some recent initiatives include:

Finally, an anecdote.  In 2006 I was with the ND team when playing Wellington at the Basin Reserve.  Bad weather had delayed the start and we were late in finishing.  I went to the mini buses that were to transport the team to the hotel to inform the drivers that we were running late.  The drivers were both Māori.  One of them said, "Cricket eh! Māori don't play cricket!"  I replied, "Actually in our team there are three Māori!" (Peter McGlashan, Brad Leonard and Te Ahu Davis).  He looked disbelieving.  Just then Brad Leonard arrived to load his gear.  I said, "Brad, give these guys your whakapapa."  Brad then spent the next five minutes speaking in fluent Māori doing just that.  The bus driver was open-mouthed and then said, "Wow.  Māori do play cricket!"