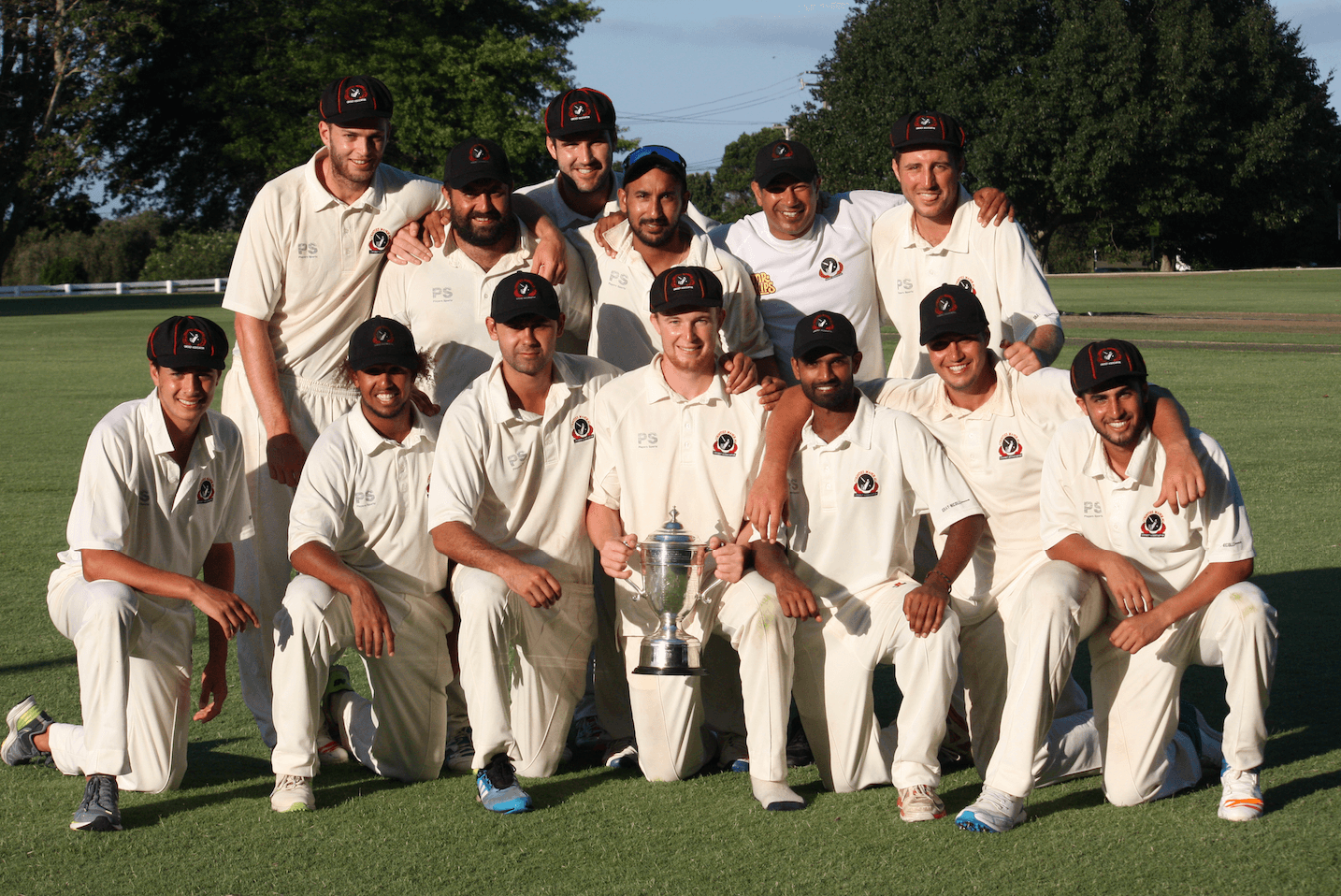 The combat for one of the most treasured pieces of silverware in New Zealand cricket got underway for 2018 with Bay of Plenty looking to fend off Counties-Manukau who had claimed the right to a Zone 1 challenge for the second summer running.

Had Bay of Plenty been successful, it would have extended their string of Hawke Cup wins to six in the historic provincial challenge competition, the dominant team's 33rd Hawke Cup challenge appearance overall since 1932.

For captain Peter Drysdale, the numbers were also adding up - setting a new Bay of Plenty Hawke Cup appearance record of 13 caps in this defence, having equalled Derek Beard's record in the final defence last summer.

Tom MacRury and Tim Clarke were not far behind those players with 10 caps while the team welcomed in current or former Northern Districts representatives Bharat Popli, Jono Boult, Sean Davey and Joe Carter as well as promising up-and-comer, orthodox spinner Tim Pringle, 15 and still at high school.

Drysdale had already captained the Bay team to nine victories. The strong side was unbeaten last season, local confidence understandably high and the weather forecast warm and sunny.

Counties-Manukau captain Luke Williamson won the toss, batted first on a slowish deck and set about watching, and contributing to, a top start to the big encounter.

A total of 235 all out was enough for a 69-run first innings lead - an all important lead, given matches drawn in this three-day format are won on the first innings.

Opener Sam Varcoe, a Karaka teammate, had laid the foundation with a half century and Williamson chipped in 29 runs in their 52-stand for the third wicket. Then the experience of Ash Vodnala (40 off 111) ensured the challengers marched on with some useful contributions from the tailenders to boot.

Young Pringle and Chris Atkinson collected three-fas as the wickets were shared about, but attention quickly turned to the home side's batting as they got off to a dreadful start in reply.

Both seasoned openers, Drysdale and MacRury, were gone in the initial overs (Reid Somani, son of former ND and Nottinghamshire rep Adil Somani, who coaches the side, had claimed the big wicket of veteran Drysdale) -  leaving Carter (42) and Ben Musgrave (31) with an important recovery job.

There was no haste, though, in typical, hard-fought Hawke Cup fashion. But when Michael Schofield broke through, and then quickly added Sean Davey for no score, there was a sudden spring in the Counties-Manukau lads' steps.

The big wicket of Bharat Popli cost just six runs and big Bay of Plenty was well on its way to unravelling to 166 all out, despite a fighting 41 from Clarke down the order.

So that was the first two days, now day three began with the odds favouring the challengers, Counties-Manukau 31 for no loss in the second innings. If they could bat out the day, the prize was theirs.

Instead, they had the tables turned on them, and then some - not quite gone by lunchtime, but certainly in a predicament at 82 for six with a lead of just 150-odd.

Hawke Cup debutant Ben Reece (4 after 54 deliveries) and Ryan Phizackerly (0) were both digging in, wearing down the attack in the hot conditions; Davey's brisk medium pace having done the most damage with 4-24 off his 10 overs so far in the innings.

It was the key session now, on which the fate of the Hawke Cup would surely turn. Reece briefly lifted the tempo after the break, clouting Atkinson for two boundaries in an over, but the dogged stand was broken by young Pringle shortly after the pair had put the 100 on the board, Phizackerley replaced by Somani with the lead 176 and 58 overs remaining.

Cue Davey returning to the crease and making a game-changing play, removing Phizackerley and Schofield in relatively quick succession to bag five for the innings, after Clout had finally gotten rid of the stubborn Reece with a return catch.

BOP now had a chance of holding their visitors' lead to under 200, Counties-Manukau nine down - but Somani and number 11 Scott Johnston kept battling, nudging the lead up to 211, but just as importantly buying time as the clock ticked past 3pm.

Finally Pringle claimed the last wicket and BOP began their hunt for 212 in the final session of the match.

Captain Drysdale was again an early departure, but from 7/1 MacRury and Popli got established, staying right on target with a quarter of the required chase in the bank after just 10 overs. MacRury made his half century in just 40 balls, then pelted his second six to celebrate while a more pedestrian Popli looked to play the anchor role in their partnership.

However, left-arm spinner Reece broke through in the 18th getting Popli caught, then added MacRury's wicket in his next over - straight after the batsman had attacked him for his fourth six, his charging 75 flying off just 57 balls.

Carter and Davey were left with a chase of 107 off 21 overs, at less than run-a-ball pace. Reece stopped Davey on 17 for his third wicket, bringing Jono Boult out to bat with fellow erstwhile Northern Districts rep Carter, the pair needing just a touch over five per over.

However, Boult was caught off the first ball of Reece's ninth over: Reece's fourth wicket with 62 runs still to be found for the Bay, now five down. This was going to go down to the wire as Carter and Musgrave concentrated on ticking over singles and twos. They were managing to score off almost every delivery, keeping pace and easing the pressure when Musgrave suddenly slammed Reece for six: 31 to go, lads. 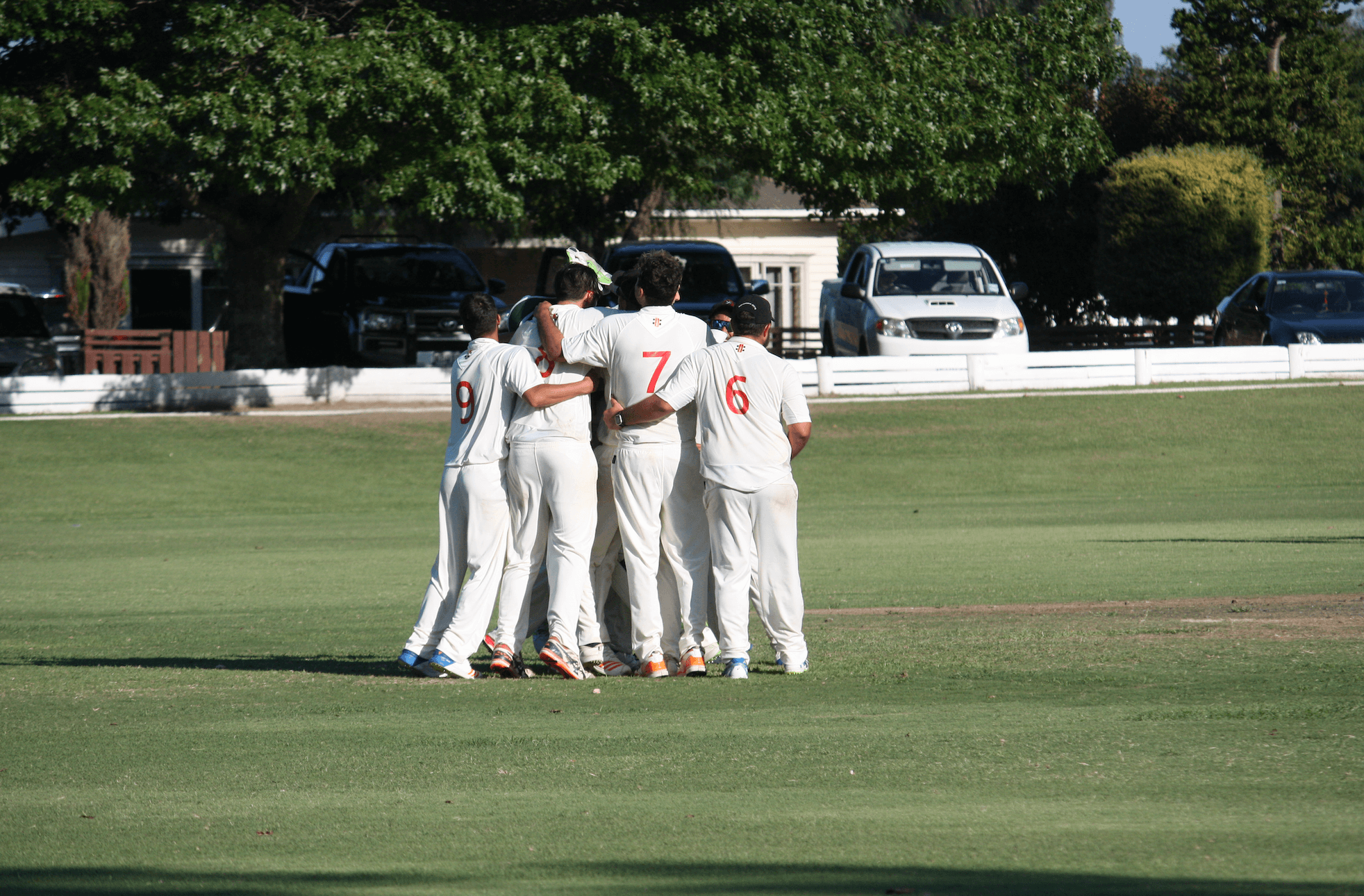 But Musgrave wasn't so lucky next ball: Reece struck back, bowling him on 18 to have the rampaging debutant sitting on a vital 5-53 as Clarke made his way out to the middle.... only to fall to Johnston next over: 184 for seven and a gulp in the throat of Bay supporters now.

A further 25 runs were needed off the last five overs, with just three wickets in hand for the Bay as the tension dialled up on both sides.

With 19 to win, the young Pringle was run out: eight down, 3.4 overs remaining - and the rest of Reece's over going for just a single as he tied Clout down.

Carter meanwhile was still there on 44, hungry for the strike. A single early next over gave it to him, but he turned the strike back over immediately: just three singles and a wide off the over and now Bay needed 14 off the last two overs.

Two balls later, another huge blow to their chances as Reece trapped Carter for his sixth wicket, tailenders Atkinson and Clout now needing to find the last 13 off 1.4 overs at better than singles...

Hero Reece's last over had cost just five runs for the wicket, his marathon 14-over spell returning 6-63 and now all the sweat and toil was down to nine runs off the final over for BOP.

Clout took a single off Johnston to start it, then Atkinson returned the favour. Two off the next ball saw five off three needed. Another two: three off two now... Clout v Johnson....

But on the penultimate ball, Bay of Plenty lost their final wicket as Johnson held his nerve and clean bowled Clout in one of the tightest finishes in the history of the competition, a classic thriller and a classic Hawke Cup battle to the death seeing Counties-Manukau finally prise the coveted trophy from Bay of Plenty's grasp.

Debutant Reece finished with an outstanding match analysis of nine for 87.

Counties-Manukau will now look to defend the silverware against Zone 2 winners Taranaki.