The Hallyburton Johnstone Shield Grand Final will be played at Seddon Park on Saturday, March 14 at 10:30am.

After finishing in first place after 10 rounds, the SkyCity Hamilton Northern Spirit will host the Auckland Hearts in Hamilton. 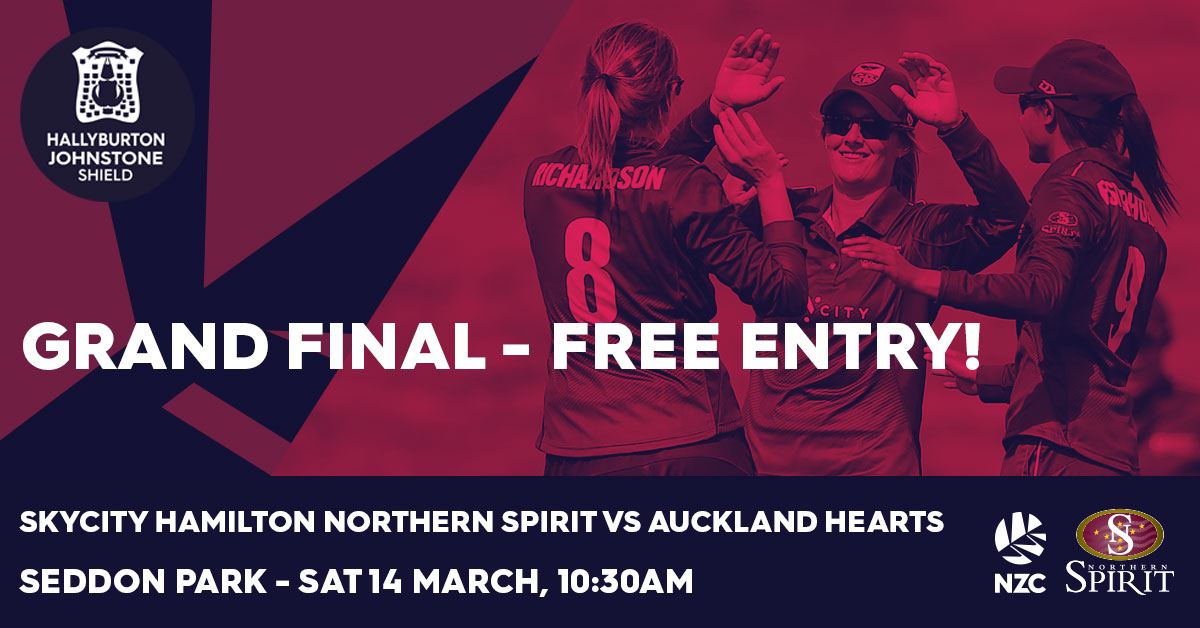 It is shaping as a special season for the Spirit, who are celebrating their 20th anniversary and have reached the Hallyburton Johnstone Shield Grand Final for the first time.

With free entry for the Grand Final, Northern Districts Cricket and the Spirit would love to see a great crowd through the gate, cheering the Spirit on as they look to secure a maiden one-day title against the Aucklanders.