The SkyCity Hamilton Northern Spirit will have a new captain when they step on to the park for the opening rounds of the Hallyburton Johnstone Shield this weekend.

All-rounder Felicity Leydon-Davis, who debuted for the Spirit 10 years ago, will be handed the reins of the side tomorrow at Hagley Oval for their matches against the Canterbury Magicians.

It will be a proud moment for the Hamiltonian.

"Being my home province and having played here for 10 years, I'm just very proud to be able to lead the side," said Leydon-Davis.

"We've got an incredible group who work very hard and we're building a strong team culture, so to lead that and have an influence on that is really special."

Leydon-Davis was given her first experience of captaincy last year during a stint in the United Kingdom, where she led the Devon county side to their division's T20 title.

"It showed me what captaincy was all about, and I thoroughly enjoyed it." 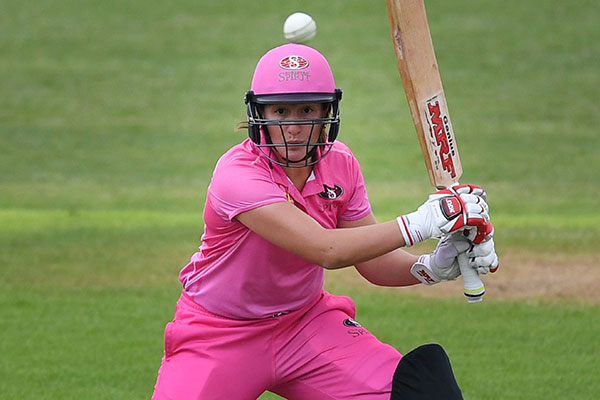 On the leadership style she hopes to bring to the side, Leydon-Davis' focus is on creating an environment that allows the team to thrive.

"We need to be very clear of our plans to get everyone working as a unit and bringing the side together.

"I'd like us to operate from the 'we' aspect, making sure that we create a supportive and positive environment where we are really backing one another and celebrating each other's successes."

The squad and coaching staff have had greater opportunity to implement this ethos during this pre-season compared to last, when head coach Kari Carswell was not appointed until August.

Leydon-Davis has been impressed with what she has seen in this fulsome pre-season.

"The depth has really grown; there are a lot of good young players coming through and the group of core senior players are coming together well."

This improved depth means the Spirit have been able to unveil three new players in this weekend's squad, with Lauren Heaps, Shriya Naidu and Makayla Templeton all included for the trip to Christchurch.

Rounds one and two of the Hallyburton Johnstone Shield are being played Saturday, November 16 and Sunday, November 17, 10.30am at Hagley Oval, Christchurch.