The SkyCity Hamilton Northern Spirit have opened their Dream11 Super Smash account with a win and a loss in the centralised round at Lincoln.

The Spirit got their Super Smash campaign underway against the Central Hinds, and Lily Mulivai earned the early breakthrough for the Spirit after they were asked to bowl by the Hinds.

The Hinds looked to be pulling away at 85/1 in the 11th, before skipper Leydon-Davis had her caught-and-bowled for 34.

Another three quick wickets followed, two to Kate Anderson and one to Lauren Heaps, as the Spirit bowled well to have the Hinds 118/5 in the 16th.

A late push from the Hinds saw them post a competitive 161/6; Kate Anderson taking the last wicket to post quality figures of 3-22.

The Spirit reply had reached 24 when they lost their first wicket; Bernadine Bezuidenhout LBW for 8.

The second-wicket partnership that followed won the game for the Spirit.

Felicity Leydon-Davis joined Katie Gurrey and the two plundered 109 from 69 balls; Gurrey moving to a half-century from 35 balls, before her partner reached the same milestone shortly after in a brisk 28 balls. 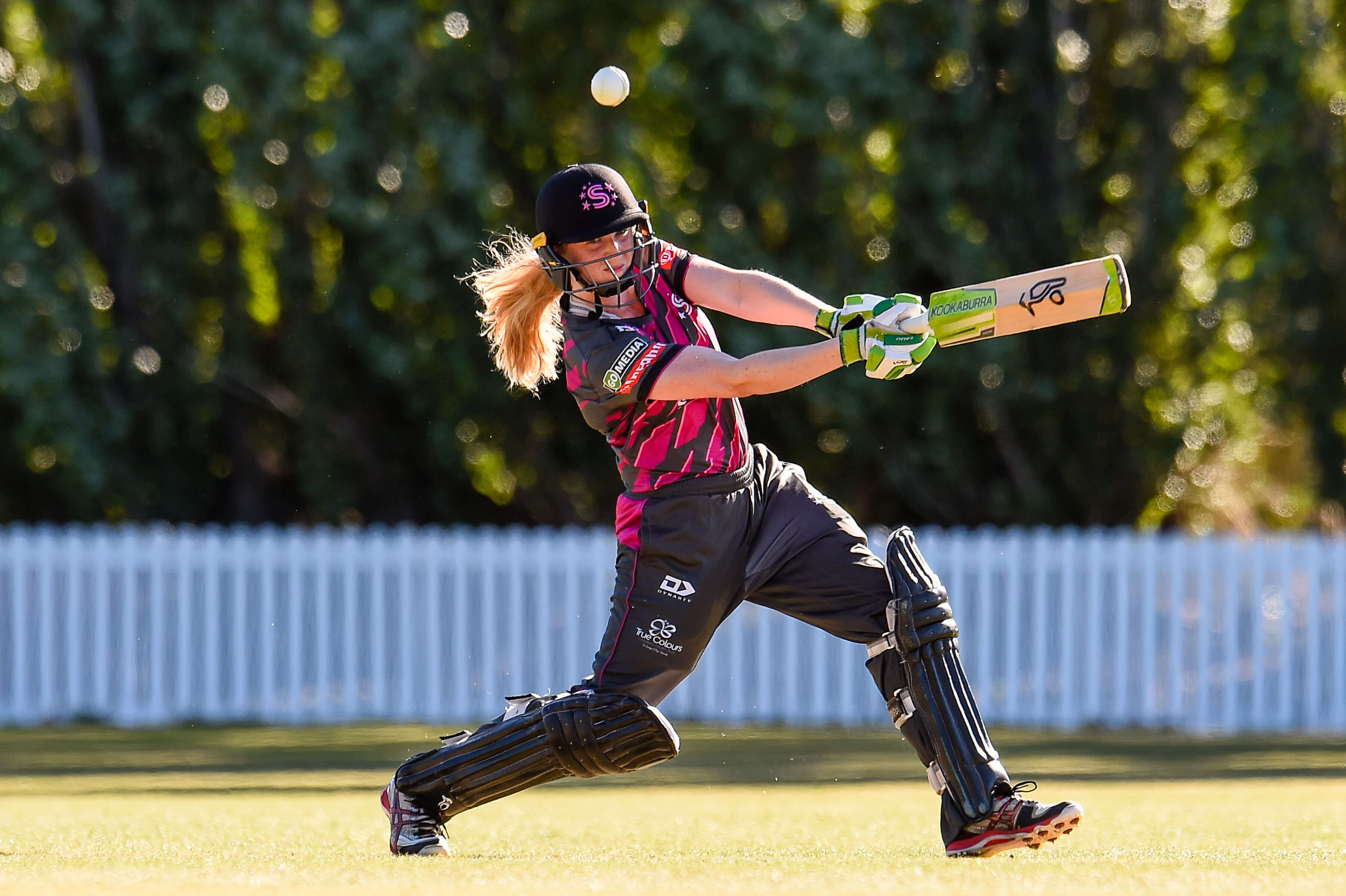 Leydon-Davis eventually fell for 54 off 36, but Gurrey upped the ante even more and began sending the ball around the park, racing to 90 off 54 balls before Eimear Ricahrdson hit the wining runs with a boundary to give the Spirit a seven wicket victory.

Game two saw a face-off with the Otago Sparks, and the first innings was all Sparks as they posted 184/1; Sparks opener Suzie Bates scoring a sensational unbeaten 106 from 66 balls, with Katey Martin playing the supporting act with 64 from 44.

As has been the case throughout the Hallyburton Johnstone Shield competition, the opening combination of Gurrey and Bezuidenhout got the Spirit's innings off to a flyer Gurrey registering her second half-century for the day, this one coming in a ball quicker at 34, as they raced passed the 100 mark in the 12th over.

The total was always going to be a big ask, but the opening pair were giving the Spirit more than an even chance of victory until the partnership was broken at 112 with the first ball of the 14th; Gurrey looking for the big shot as she departed for 71 off 43.

Leydon-Davis picked-up where Gurrey left off, hitting early boundaries as the Spirit looked to keep-up with the run-rate, but their chase was dealt a blow when Bezuidenhout was caught on 44.

The run-rate was climbing and with a little too much to do, Kate Anderson was run out unselfishly attempting a second run on the last ball of the 19th, leaving the equation at 25 required from the last over.

Eimear Richardson came to crease and crashed away a four and a six within the first three balls to give the Spirit hope in the final over.

But similar to Anderson, RIchardson was run out as she unselfishly attempted a second run, and while the Spirit would earn a few more runs in the over, it would ultimately not prove enough, as the Sparks ran out winners by nine runs.