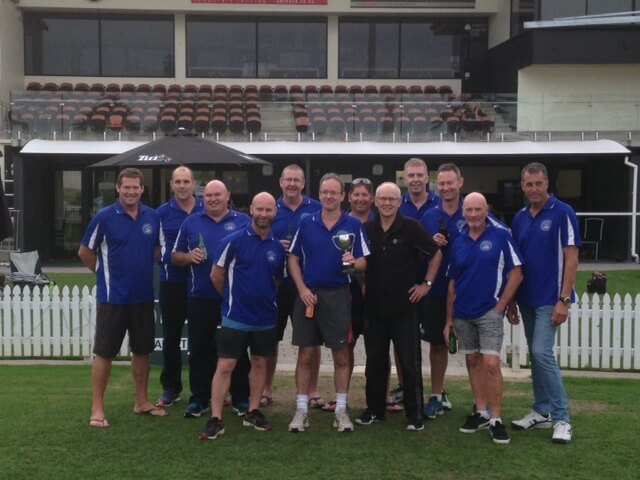 Morrinsville were bowled out for 257 from 39.1 overs.  Ray Downs made an early break through, cleaning bowling McCowatt for 4.  But opening bat Michael Perring made 39 and formed an excellent partnership with first drop Nolan Hagoort 54 runs.  Nolans innings Including 9 fours and a six, before he was expertly caught by Bill Harris at cover moving sharply to his right.

Creamers Captain Michael Butler batting four, played a watchful innings of 37 not out. Finding the accurate medium pace bowling of Peter Lawry hard to score from. Morrinsviile's Peter Kane provided the increased run rate in the middle and late order. Striking out for 62 including 7 fours and 2 sixes.

Before Kane's onslaught, Te Awamutu had ripped through the Creamers lower order. Spin bowler Lunjevich taking 2 cheap wickets, including an amazing diving catch at point by Gibson to dismiss Malcolm Boyd for a duck to leave Morrinsville tettering  at 175 for 7 and 211 for 9. K Owens and M Livingstone bowled well at the death. But not before Kane's stroke play pushed the total to 257.Including 44 extras.

Te Awamutu reply was solid with K Bartels and R Downs combining. However opening bowlers Boyd and James Thomas were very economical. Only concededing 35 of the first 12 overs. Spinners Stu Giles, Nolan Hargoort and Wayne Robb were able to turn the ball and between them snare 7 wickets for 75. Backed up in the field by wicket keeper Garth Burch and an outstanding running catch by Paul Keogh at deep mid wicket.

To register your interest in Masters Cricket for next season, contact your local cricket club or phone Northern Districts Cricket Development Manager Cliff Dickeson on 07 839 3783.