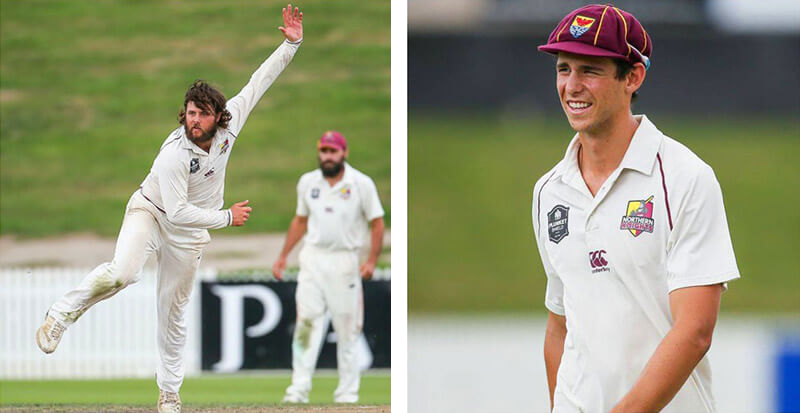 Northern Districts Cricket have announced the first 14 of it's playing contracts for the 2016-2017 season. The final 15th contract will be announced on 12 July 2016.

New to the list are youngster Zak Gibson of Waikato Valley, and Josef (Joe) Walker of Hamilton. Nick Kelly has also been offered a contract with ND after he was elevated to the list last season when Ish Sodhi was promoted onto the BLACKCAPS list.

Fast bowler Zak Gibson earned his inclusion after a solid introduction into first class cricket in the Plunket Shield competition earlier this year, picking up wickets in each of his fixtures. Gibson was the recipient of the inaugural Maori Cricket Scholarship from NZ Cricket, and was part of the under 19 New Zealand squad who travelled to Bangladesh for the Under 19 World Cup.

James Pamment, Head Coach for the Northern Districts is confident of Gibson's bowling abilities "ND have produced some fine pace bowlers in the recent past and Zak is one who we think can emulate the progression and the performances of his peers over the next few years. He possesses a great physique for a pace bowler and we have all been very impressed with his work ethic and his professional approach to both his physical and skill development. Zak made an immediate impact on his elevation to the Knights in 2015-16, with his calm demeanour and ability to understand what was required from him, it was very encouraging to see for one so young. Having earned his first professional contract this will only assist with Zak's ongoing development and we anticipate him making some very good contributions to the ND efforts through the 2016-17 season."

Off-spinning all-rounder Joe Walker first appeared for the Northern Districts Mens team in 2011, and was a regular feature during the 2016 season in the Plunket Shield. He last year also captained the ND A team.

Says Pamment of Walker "Having played a role in five Plunket Shield fixtures last season and on the back of some consistent form for the ND A squad over the past 2/3 seasons, I am pleased Joe gets his opportunity to be contracted with ND for the first time. Josef has worked hard on his all-round game and has made some excellent gains in the area of his physical development. Joe possesses good leadership skills and a solid understanding of the game. I have no doubt that he will continue to work hard and make good contributions to our efforts throughout 2016-17."

Cody Andrews was not offered a contract and has joined Auckland.