The fourth National Provincial Over 60's Cricket Championship has just been completed at the Petone Recreation ground in Lower Hutt with the Canterbury team defending their title they won last year.

All six provincial teams enjoyed a great week of cricket and friendship with North Districts and Canterbury getting into the final. Otago, Wellington, Central Districts and Auckland completed the finishing order.

In the final Canterbury batted first and scored 220/6 in their 40 overs with Phil Harris 41 ret, Michael Mehaffey 41 ret, Hugh Wright 40 ret, Andrew Nuttall 30 not out and Hamish Wright 27. Northern Districts fought hard and were in the match right throughout their innings and needed a boundary of the last ball to win the match. In the end they only scored a two and fell 2 runs short. Cliff King 42 ret, Gary Rudolph 40 ret and Garry Webb 40 ret were the pick of their batsmen.

The top run scorers for the 4 day tournament (noting that batsmen must retire when they get to 40 runs) were Phil Harris (Canterbury) 169 runs and Cliff King (Northern Districts) with 164 runs both of whom retired in all four games. The best wicket taker was Craig Gray from Northern Districts with 9 wickets. 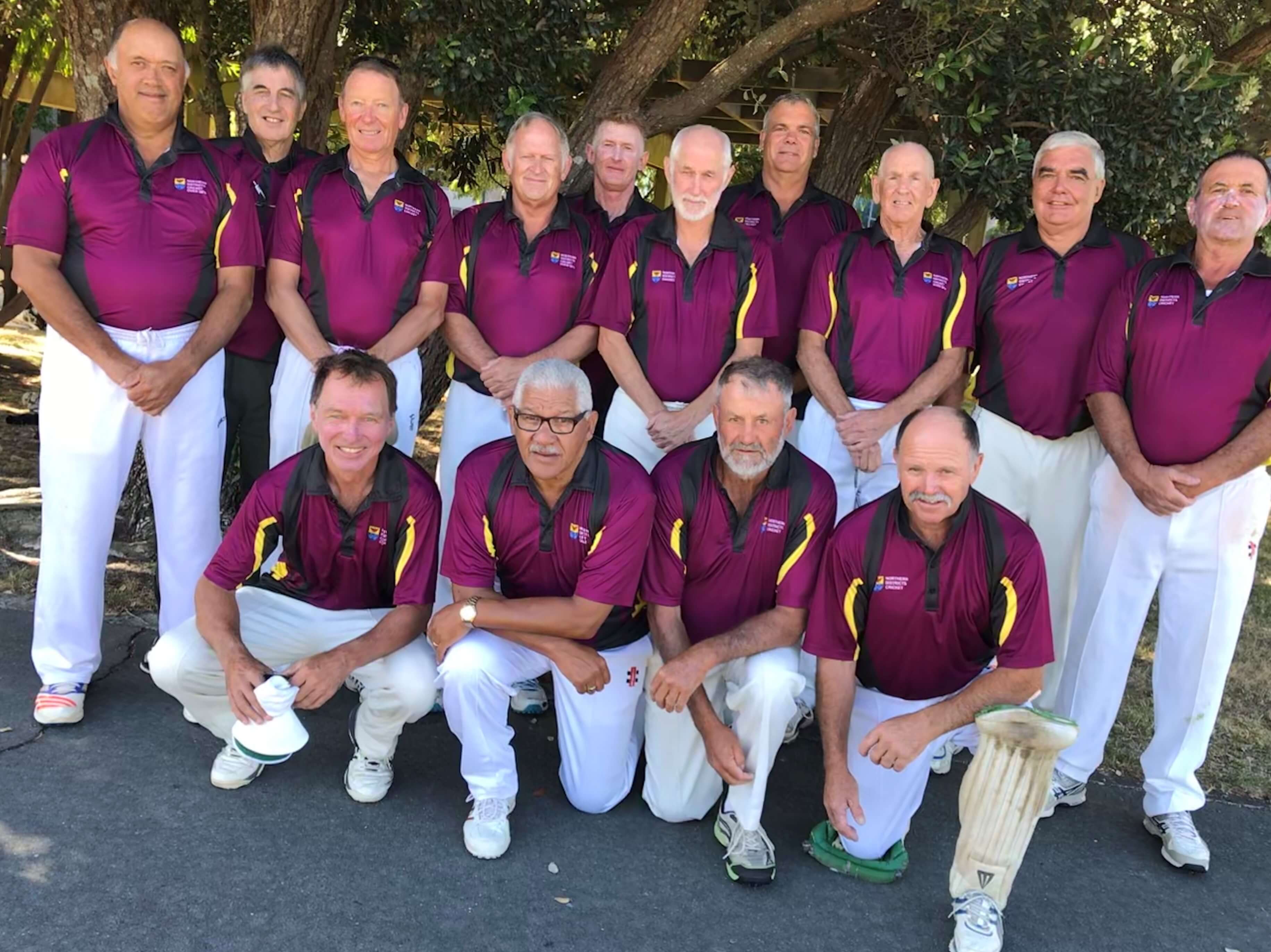 At the final dinner the NZ squad which covers the two teams that will go to the Australian Over 60's tournament in Adelaide South Australia in November was announced.

Players from this squad will also be playing in the three match test series against the visiting Australia Over 60's side with the first test at Queenstown on the 24th February, Wellington on the 3rd and Auckland on the 10th March.

Next years championship will again be held in early February 2020 at Hagley Park in Christchurch.