The Northern Districts Under 19 Women's squad begin their National Tournament tomorrow in Lincoln.

Taking place at the New Zealand Cricket High Performance Centre in Lincoln from December 17-23, the Tournament will consist of one-day round-robin matches against the other five Associations, before finals take place on the last day of competition.

Hamilton have contributed the most players to the side with three, while Waikato Valley, Bay of Plenty and Poverty Bay have two players each in the squad.

Northland and Counties Manukau have one member each in the squad which will be coached by Brett Sorenson. 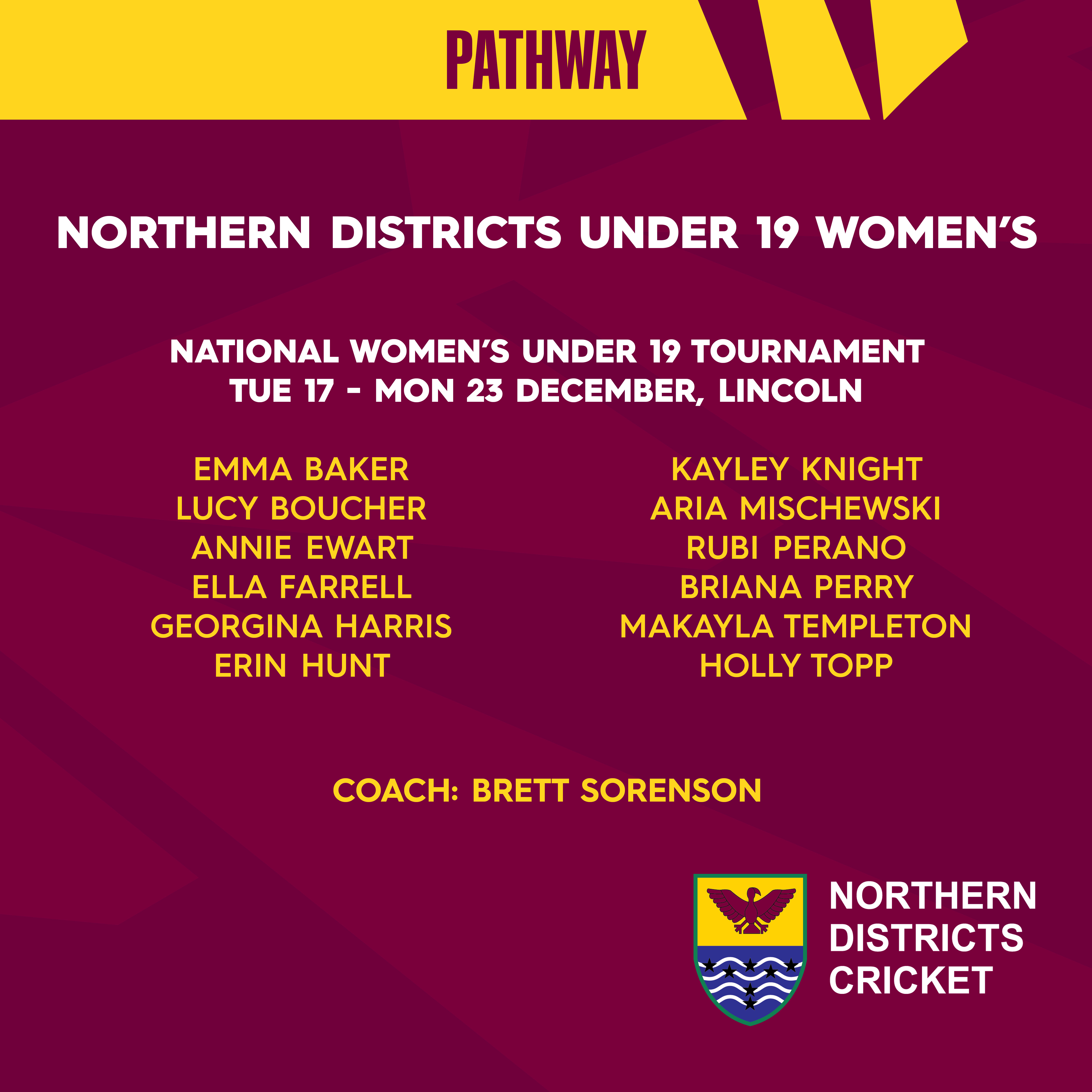