After being put in the field, Scott Kuggeleijn and Brett Hampton took a brace each inside the first 20 overs to see Northern Districts (ND) start the stronger of the sides with Canterbury finding themselves 108/4.

True to the other early season Ford Trophy matches, the opposition rebuilt with a good middle-order partnership after a good ND start, with Cole McConchie and Andy Ellis adding 99 before Anurag Verma got a finger to a McConchie straight drive to run Ellis out for 49.

This left Canterbury 207/5 after 37 overs and the first innings in the balance, so the ND bowlers did a good job to keep the hosts to 283 - dismissing them in 49 overs, with Kuggeleijn returning fantastic figures of 4-50, while the returning Anton Devcich also picked up a couple of wickets.

In reply, ND lost an early wicket as Tim Seifert was bowled second ball of the innings, but opening partner Katene Clarke showed he is continuing to grow at this level, swatting away a couple of sixes to keep ND well ahead of the rate.

Dean Brownlie had joined him and was also looking in good nick, driving and cutting several fours through the off-side to take his and Clarke's partnership to 72 off 60 balls, but their promising combo was ended when Clarke was caught driving down the ground for another enterprising innings of 36 off 29 balls. 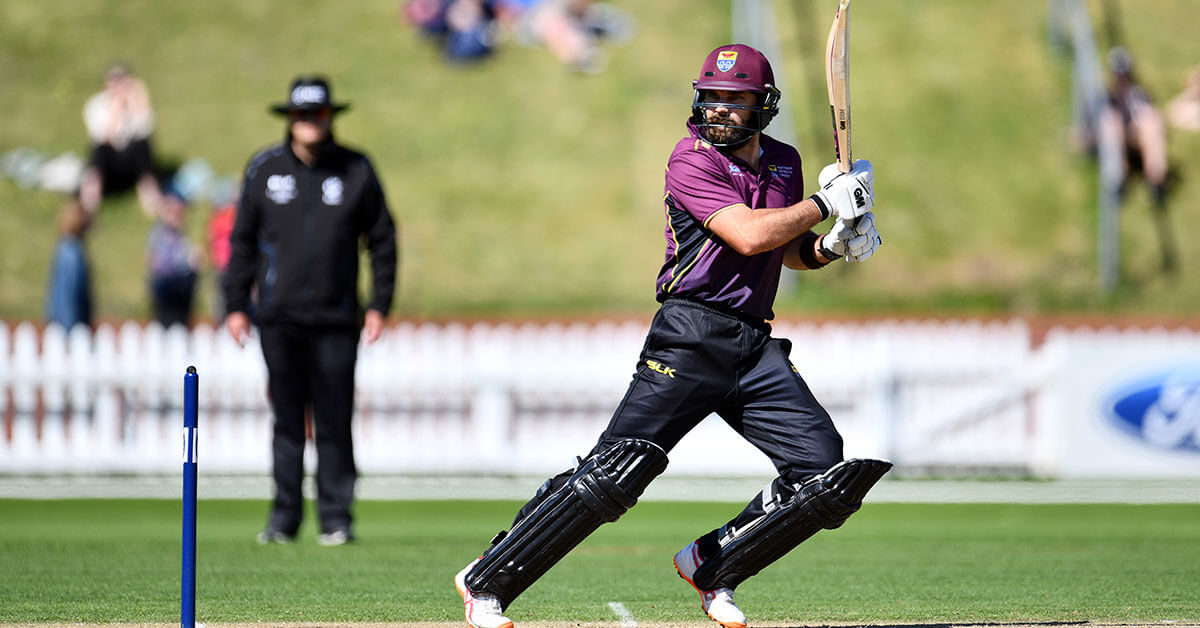 Brownlie found another willing partner in Joe Carter, and the two added 53, with Brownlie raising his bat in the process, before he was caught behind off McConchie for 66.

While ND were keeping up with the run-rate, Canterbury kept them in-check by taking wickets at semi-regular intervals.

Henry Cooper was looking in good touch again as he raced to 45 off 41 balls, but when he holed-out in the deep, and Scott Kuggeleijn departed several overs later, ND were 226/8 in the 45th - with 58 required off 33 balls and two wickets in-hand, the odds were firmly stacked in Canterbury's favour.

Verma and Ish Sodhi weren't done, however, and the two began plundering the Canterbury bowling, hitting two sixes each in a 24-ball 43-run partnership which was brought to an end when Sodhi was caught for 19.

This left the equation at 15 off nine balls, with one wicket remaining.

Zak Gibson took-up the challenge where Sodhi left-off, taking six runs in combination with Verma off the last three balls of the 49th over to head into the last over needing nine runs.

One more off the next two; ND now needed four off the final ball for victory three for a tie.

Verma advanced down the pitch and tried to hit McConchie, who was bowling the last over, through the leg-side - Verma and GIbson made it through for two, but couldn't get the third, meaning a thrilling run chase had ended just shy of the Canterbury total.