The red ball comes back to Hamilton tomorrow as the Plunket Shield takes over from The Ford Trophy.

Northern Districts made a very good start to the Plunket Shield, winning their first game and coming agonisingly close in their second, as Canterbury survived a flurry of late wickets to leave ND just one wicket shy of victory and a 100% Plunket Shield record.

The next round of the Plunket Shield poses an interesting situation for ND however, as seven of their named squad are yet to play Plunket Shield this season. 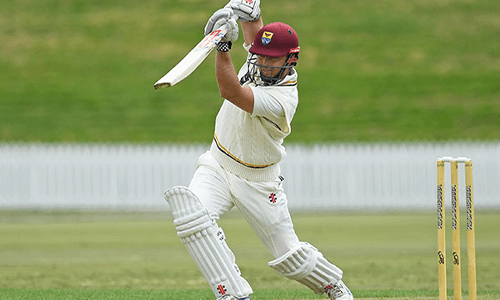 The additions to the squad are by no means short of practice though, having all played a part in The Ford Trophy.

With Dean Brownlie and Henry Cooper sitting seventh and ninth respectively in the top run-scorers chart and James Baker sitting seventh in the top wicket-takers, ND will be hoping those making their season bows will add to the strong individual contributions that have stood ND well in the early Plunket Shield rounds.

Coming to Seddon Park are the Wellington Firebirds, who sit just above ND in the table and are fresh off a title-winning Ford Trophy campaign.

While Wellington have played some impressive cricket this season, ND are undefeated in their last three matches on home soil and, defeated Wellington by an innings and 56 runs the last time this fixture was played.

With only one more Plunket Shield match to come before the competition again takes a break, ND will be eager to ensure they head into the final phase of the tournament with two more wins under their belts and a shot at the Plunket Shield title.

Round three of the Plunket Shield begins at 10.30am tomorrow (Thursday, December 6) at Seddon Park, Hamilton.