A four-wicket victory over the Wellington Blaze at Cobham Oval has secured the SkyCity Hamilton Northern Spirit a berth in the Hallyburton Johnstone Shield Grand Final; the side's first appearance in the women's domestic one-day final.

With two rounds still to play the Spirit are assured of a final spot, but whether that is as the host or visitor depends on results in the final round.

A bright Wellington Blaze start was stalled when a run out, pair of wickets to Kate Anderson and a dismissal for Makayla Templeton reduced the Blaze to 83/4. 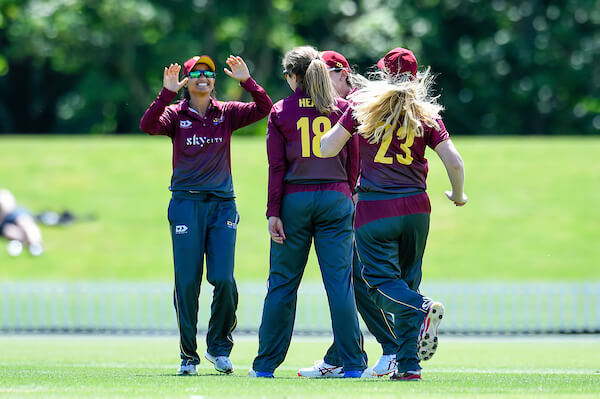 After a brief revival, a five-wicket frenzy derailed the Blaze's innings, with Eimear Richardson claiming 4-38.

The Blaze innings was wrapped up shortly after for 146.

After navigating the first nine overs to make it to lunch at 36/0, the Spirit experienced a similar flurry of wickets to the Wellingtonians, losing four in the space of five runs to find themselves 48/4.

When the Spirit lost their next two wickets with the score at 79, the game was in danger of evading the Spirit.

Fortunately, Holly Topp (29), in her first innings at this level, found a willing ally in skipper Leydon-Davis (30), as the pair combined for a 71-run stand to guide the Spirit home.