An unbeaten 72 from opener Holly Topp has guided Maroon to an eight-wicket victory in the second 50-over match of the Northern Premier League (NPL).

Pink were always going to find it hard to secure victory after winning the toss, batting first and posting an under-par total.

Emma Baker and Shriya Naidu combined for three early wickets to leave Pink 22/3; a start from which they never recovered as the Maroon bowlers took regular wickets, save for several crucial partnerships. 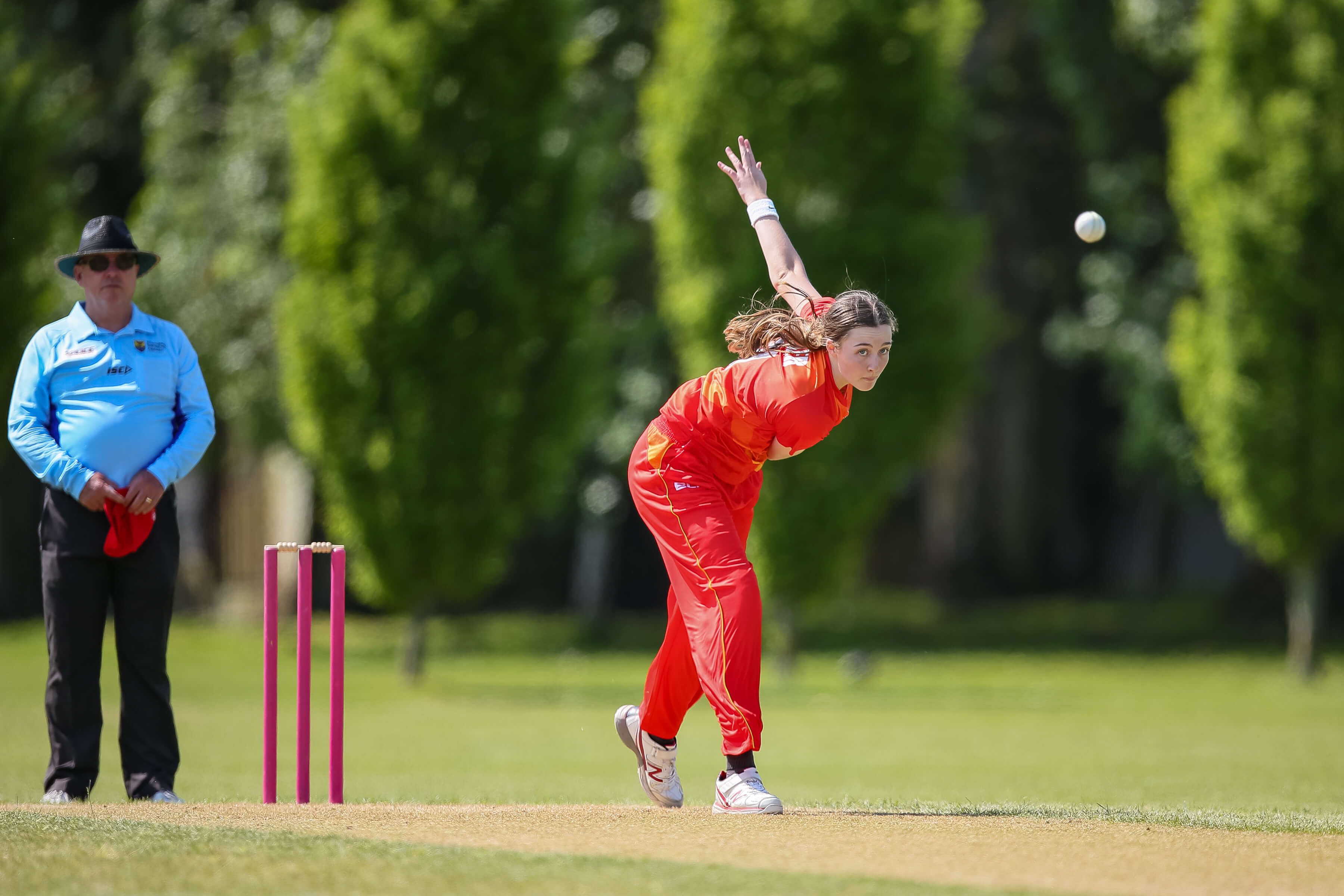 Eimear Richardson and Makayla Templeton got in on the act with the ball, Richardson claiming 3-15 and Templeton 2-8 as they helped bring the Pink innings to a close in the 39th over for 165 - Baker (2-20) and Naidu (2-14) also finishing with two wickets apiece.

Undoubtedly the pick of the batters was Kate Anderson, who held the innings together from number four as she finished unbeaten on 78, scored at a good rate, off 87 balls.

Pink hopes would have been raised early in the Maroon innings when Brooke Halliday was bowled by Clare Mains in the second over with just two runs on the board, but this success was short-lived.

Topp, who just last week showed great composure in her first Hallyburton Johnstone Shield innings to guide the SkyCity Hamilton Northern Spirit to their first ever grand final, was joined by Nensi Patel, and the pair shared a 118-run stand before Patel departed for 36.

In the meantime Topp had passed her half-century and, when Richardson strode to the middle at number four, she seemed determined to end the game as quickly as possible, striking five boundaries in a 21-ball 25 as Maroon secured an eight-wicket victory with 14 overs to spare.