Congratulations must be given to organizers, players and officials at the ND Secondary Schoolgirls cricket tournament, who battled the elements in Tauranga over the last three days, to arrive at a successful tournament conclusion.

With the first two days washed out, a revised program of three 10 overs per side encounters were completed on day three. 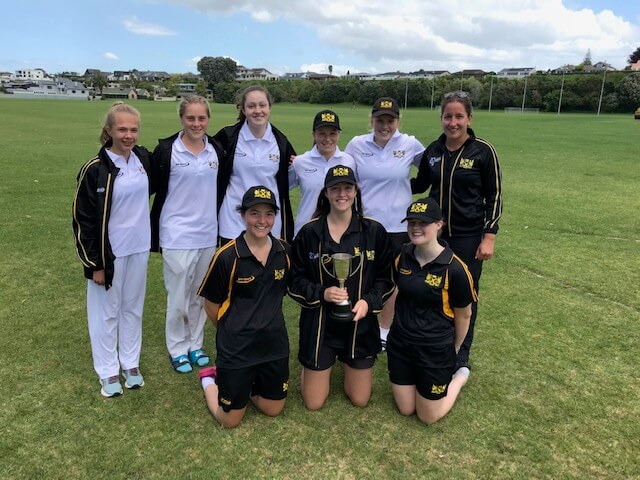 The Hamilton side after winning the trophy.

The early morning game honours saw Hamilton defeat Northland in a game where both sides lost just a solitary wicket. Counties Manukau lost three wickets on their way to beating hosts Bay of Plenty with Ella Farrell posting an unbeaten half century and Poverty Bay got past Waikato Valley.

Hamilton and Poverty Bay, both went home with unbeaten records after victories in the final stanza. Hamilton's Emma Baker smashed 74 runs off just 30 balls before she was retired by her captain, then Hamilton restricted Bay of Plenty to 46/3. Poverty Bay claimed a comfortable win over Counties Manukau with Rubi Perano in grand touch in posting an unbeaten 55 runs.

Tournament honours went to Hamilton's Emma Baker with 108 runs and Kayley Knight from Poverty Bay, who finished the tournament with five wickets taking out the bowling award.