Pink have defeated Maroon by eight wickets in the first 50-over match of the 2019-20 Northern Premier League (NPL) season.

A new feature of this season's NPL, the Maroon vs Pink fixture took place at Fergusson Park in Tauranga, with Maroon captain Felicity Leydon-Davis winning the toss and choosing to bat.

Their innings would only last 37 overs as Pink produced a terrific bowling performance, with every bowler doing their part, to remove Maroon for 147. 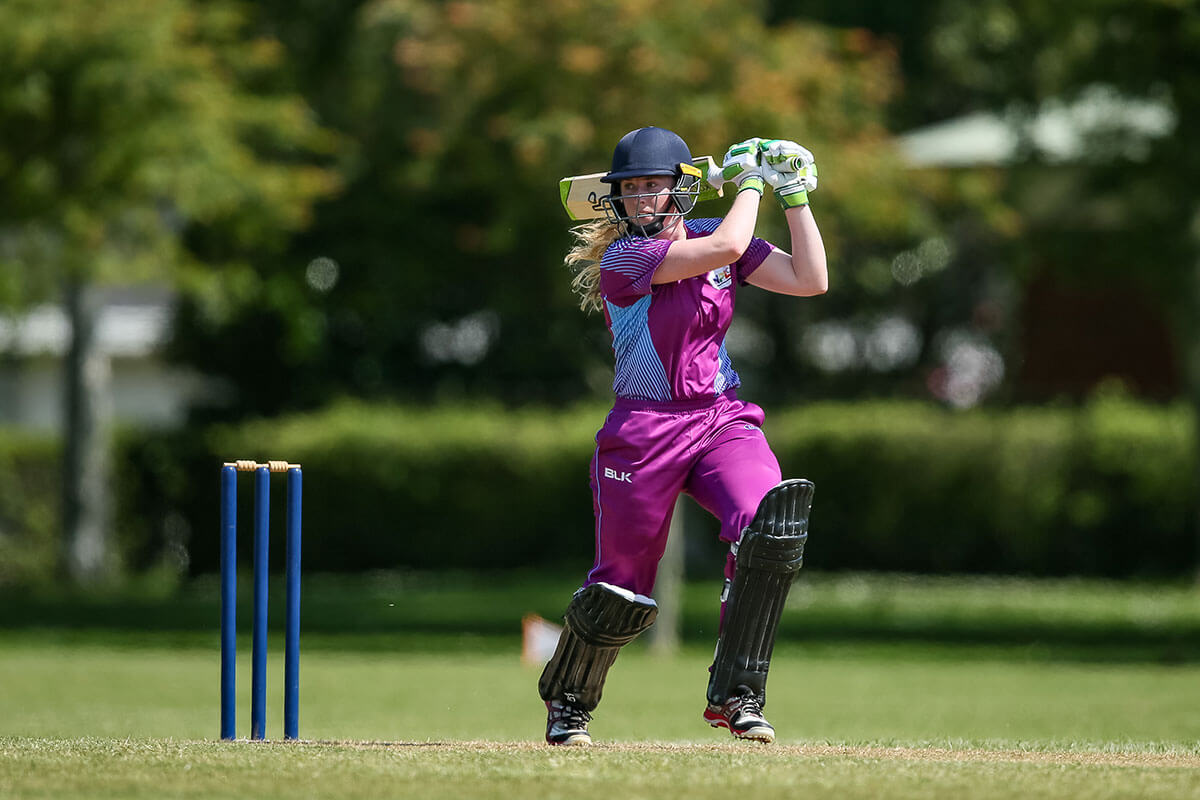 Katie Gurrey continued her sparkling early-season form with 69 not out (Credit: Bruce Lim).

Six bowlers took wickets, with Charlotte Sarsfield returning the best figures of 3-39, while Lily Mulivai also caught the eye with 2-21.

Eimear Richardson batted with great intent for Maroon to top-score with 48 off 36 balls, however she couldn't find a partner to help push the Maroon cause forward.

It proved a relatively trouble-free chase for Pink, as they reached the target inside 25 overs for the loss of only two wickets, with Katie Gurrey continuing her fine early-season form to post 69 not out from just 71 deliveries.