The SkyCity Hamilton Northern Spirit have defeated the Central Hinds by 53 runs in a top-of-the-table Hallyburton Johnstone Shield clash at Bay Oval.

After being sent in to bat first, Katie Gurrey and Bernadine Bezuidenhout, who was returning to the side, continued their run of compiling solid opening stands as they reached 91 before Gurrey departed for 39.

Felicity Leydon-Davis came to the crease and as she was working her way into her innings, Bezuidenhout was keeping the run-rate up, passing her half-century, off 57 balls, as the Spirit built towards a big total.

Leydon-Davis was nearing her own milestone when she was caught on 41, breaking the 94-run partnership with the score on 185 in the 36th over. 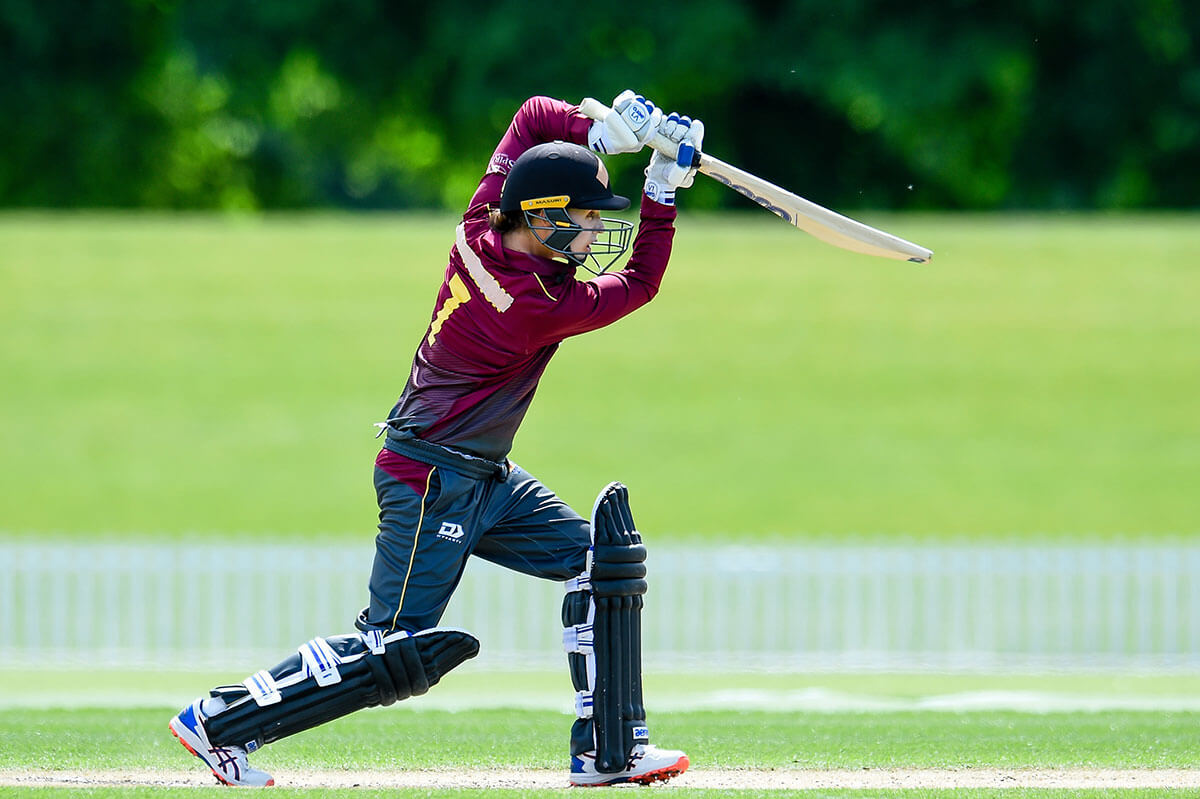 Bezuidenhout, who had played magnificently throughout her innings, was nearing a maiden List A century when she agonisingly departed the same way as Leydon-Davis for 96; her highest List A score.

Two new batswomen were at the crease, but the platform was laid for a final overs onslaught - 208/3 in the 40thKerry over.

Kate Anderson and Eimear RIchardson shared a 53-run partnership as they upped the scoring rate, both making scores in the 30 at much better than a-run-a-ball, and when they departed, Brooke Halliday and Olivia Lobb saw the Spirit through to 299/5.

A rain delay in between innings saw a five-over reduction to the Hinds' innings and their target adjusted to 283.

Carolyn Esterhuizen trapped Natalie Dodd in front early on, and when Leydon-Davis and Charlotte Sarsfield removed Jess Watkin and Anlo van Deventer inside the first 20 overs with the score at 83, the Spirit had the upper-hand.

Kerry Tomlinson and Hannah Rowe began building towards the Spirit's score, putting on 83 for the fourth-wicket, before Leydon-Davis continued her fine all-round game to run Tomlinson out, with Esterhuizen having Rowe caught by Lily Mulivai four balls later to put the game firmly back in the Spirit's favour; 172/5 in the 36th.

With the run-rate climbing ever-higher the Hinds had to go after their shots, and with this the Spirit kept taking wickets, Richardson running through the Hinds lower-middle-order with three wickets and Mulivai claiming one to restrict the Hinds to 229/9 in their 45 overs and secure a rollicking victory for the Spirit.