Hamilton has lifted the Hawke Cup with a 64-run victory over Hawke's Bay on Sunday, ending a season in which the coveted provincial silverware changed hands in every direct challenge. 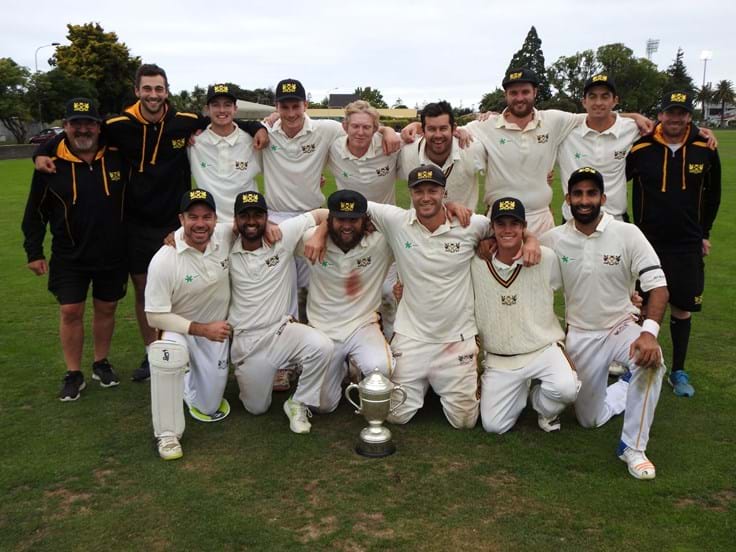 The final Hawke Cup Challenge of the season, and the first defence by Hawke's Bay since lifting the Cup in Nelson two weeks earlier, got underway on a warm, clear autumn day in Napier.

Hawke's Bay captain Jake Smith won the toss and bowled, and didn't have to wait too long for pace bowler Liam Dudding to make the first breakthrough. An occasional Central Stag, Dudding trapped James Field at 15/1, and would soon pick-up two from the morning session.

Hamilton's aggressive Peter Bocock and Anish Desai steadied the ship and by lunch had put on 46 for the fourth wicket. Bocock, who earlier in the week had been keeping wicket for the BLACKCAPS at the Basin Reserve Test, was then unfortunately caught off Ben Stoyanoff just shy of a half-century: 111/4. 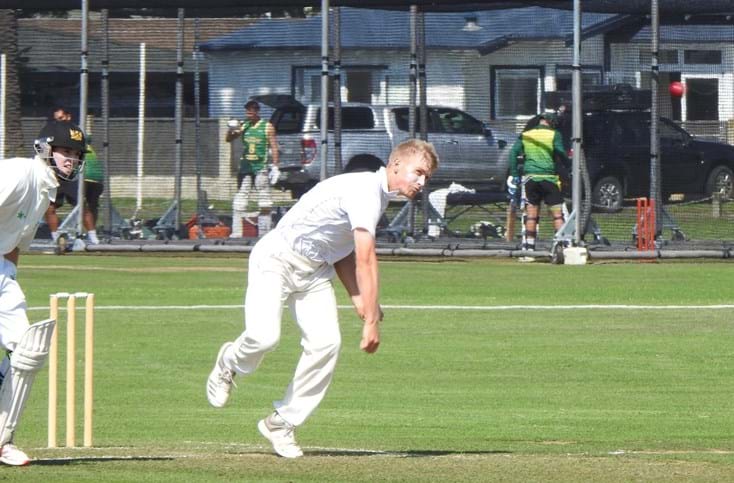 Desai looked good, and had been at the crease for three hours in a crucial occupation when suddenly Jayden Lennox got one through his defences on 64. Lennox had already removed ND rep Joe Walker, who batted at six, a couple of overs earlier and Hamilton's new pair of captain Keir Bettley (who would go on to 42) and Walker's brother Freddie (a handy 67 at a good clip) took the challengers through to 198/6 at tea.

Day two began with a minute's silence to pay respect to the victims of the horrific extremist attack in Christchurch the previous afternoon.

Hawke's Bay then began their first innings with great hope, but opening batsman Bayley Wiggins would lose three partners within the first 10 overs, however, to have Hamilton right back in the game early on day two. 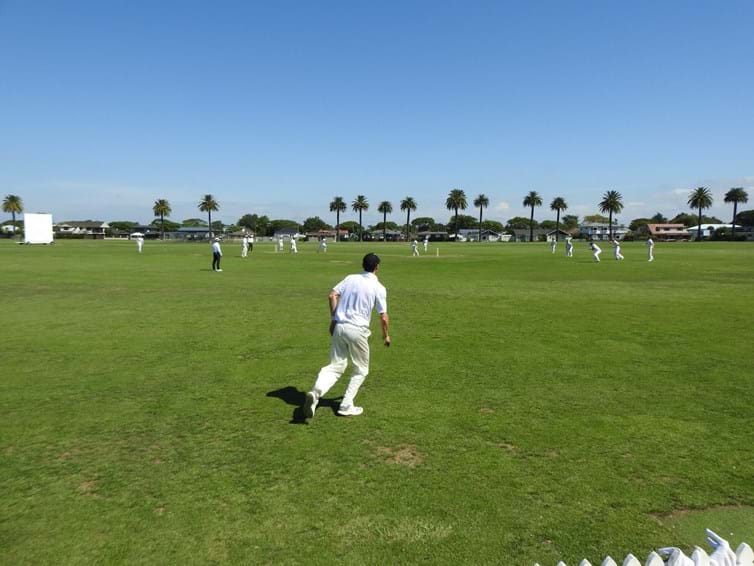 Wiggins had reached 29* by the time he was joined by Christian Leopard at 41/3. Captain Jake Smith had been the first to depart in the sixth over when he was bowled by Michael Dodunski. Anurag Verma removed Brad Schmulian just two balls later, then took himself to 2-17 with the big wicket of Matt Edmondson, who had scored a double-century in Hawke's Bay's previous challenge match, caught by Hamilton skipper Keir Bettley for just three runs.

Verma would strike yet again at the beginning of his next over,  this time having Wiggins caught on 40 to reduce Hawke's Bay to 52/4.

Angus Schaw joined Leopard with both batsmen yet to get a run and the defenders trailing by 235, Verma's opening eight-over spell netting 3-24.

By lunch, Schaw was gone as well, caught off Freddie Walker with the hosts in trouble at 119/5. Leopard pushed on to 43* but he would add just one further run after the break as he became Verma's fourth victim. His five-wicket bag arrived the next over courtesy of Izaiah Lange and, despite patient Dominic Thompson's determination to hold-up one end, the remainder of the line-up fell away quickly, with star of the show Verma's final wicket giving him 6-30. 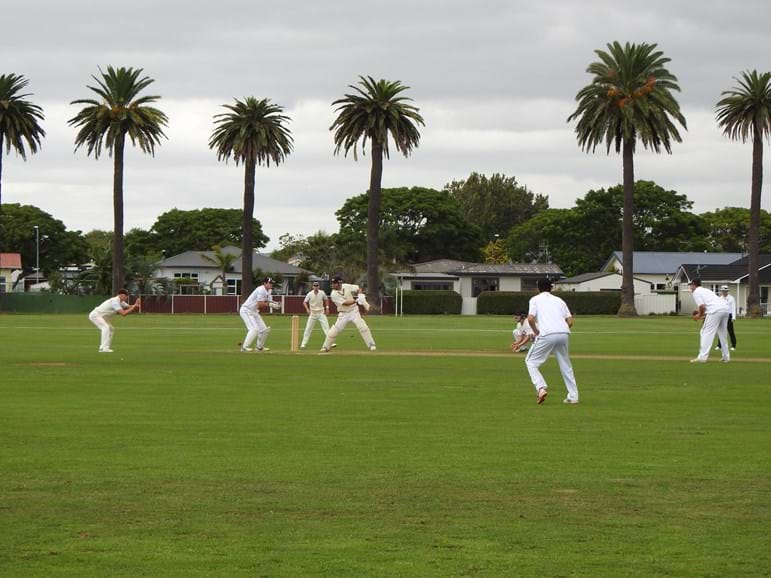 Hamilton chipped out another of couple of handy wickets with the scoreboard at 52 (Jake Smith) and 90 (Brad Schmulian), before Matt Edmondson and Christian Leopard regrouped to get Hawke's Bay through to 150. Now just a further 185 runs were required, Edmondson already with a half-century and looking positive.

He would be the next to fall, caught off Anurag Verma on 61, leaving Christian Leopard in charge with Angus Schaw. Leopard continued to play positively and reached his half-century off 66 balls with four boundaries and three sixes included. Resuming at tea on 51*, Hawke's Bay would need a further 145 runs from the last session, with six wickets in hand. Game on for both sides.

When Joe Walker got Leopard caught behind on 60, 131 runs left to find, 22 overs left in the day, Hamilton went up in unison in delight. Now Dominic Thompson made his way to the middle with Schaw on 10* and Hamilton with the advantage. But Thompson would last only four balls before he was caught off Verma, bringing young Izaiah Lange to the middle.

When Lange fell just a handful of overs later, the end was swift for Hawke's Bay, Hamilton's Walker brothers taking five wickets between them to end the chase at 270. Hamilton had won outright by 64 runs and the Hawke Cup was once again on the move in a turbulent season, to reside with Hamilton for the winter.