The SkyCity Hamilton Northern Spirit will be coming in to their first home matches of the season with a first versus second encounter on their hands at Bay Oval.

The Spirit sit in second place after three wins in their first four matches, putting them just in behind defending champions, and this weekend's opponents, Central Hinds.

The Spirit will be riding high on confidence after two wins last weekend, albeit in very different circumstances.

A terrific bowling effort in the Saturday game, where the wickets were shared across four bowlers, saw the Spirit win by nine wickets, as they chased down Otago Sparks' 120 for the loss of one wicket, with Katie Gurrey continuing her sparkling early season form with an unbeaten 80 off 67 balls. 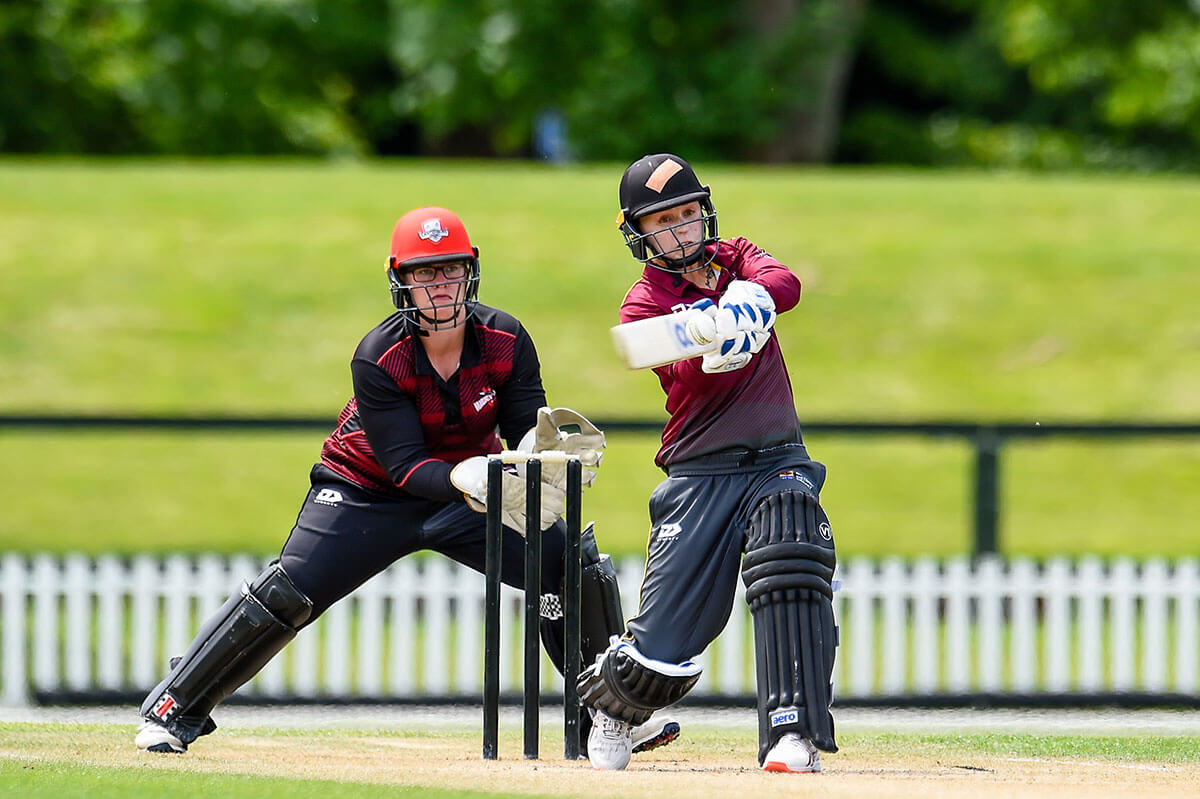 Sunday's match was much closer, with a century from Kate Anderson, a second half-century to Gurrey and one to captain Felicity Leydon-Davis pushing the Spirit to their 272-run target, before a single off the last ball from Carolyn Esterhuizen gave the Spirit a thrilling one-wicket victory.

Last weekend's efforts have also seen Eimear Richardson and Gurrey head to the top of the wicket-taking and run-scoring charts respectively in the Hallyburton Johnstone Shield, with Richardson claiming nine wickets and Gurrey 338 runs.

These performances with both bat and ball, and in tight situations, will stand the Spirit in good stead against a Hinds side who are looking in good touch after the early rounds.

The Spirit will be reinforced with plenty of experience for the weekend, with Bernadine Bezuidenhout and Brooke Halliday returning to the side, while Emma Baker will provide youthful exuberance with the ball.

Rounds five and six of the Hallyburton Johnstone Shield are being played Saturday, December 7 and Sunday, December 8, 10.30am at Bay Oval, Mount Maunganui.