From opposite sides of Northern Districts, both Kamo Intermediate and Gisborne Intermediate began with strong starts as both teams won their opening encounters. From Kamo, Mia Chatterton and Kate Illerbrun both fell marginally short of half-centuries, but their efforts ensured a first victory against defending champions Morrinsville Intermediate. Tauranga Intermediate enjoyed the opportunity of a bye in round one, and so played a 'parents vs players' match, from which great excitement was enjoyed by all. 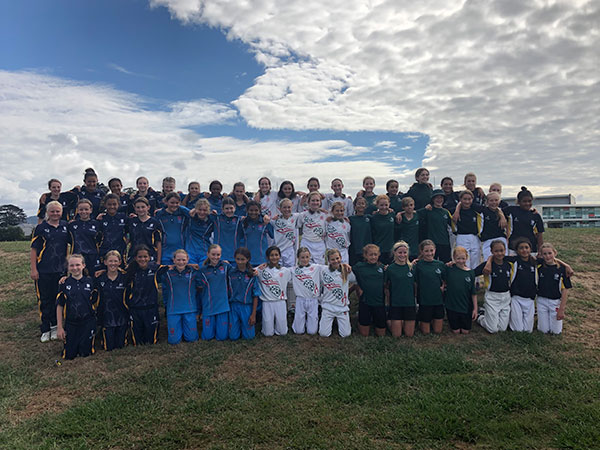 Round two was unfortunately rained off, but with sunshine forecast from midday - all teams were keen to play as much cricket as possible, so round three was reduced to 15-over games including an early start which gave enough time to fit in round two later that evening in a similar 15-over format. The umpires, coaches, parents and players - all keen to get more cricket on the park. Mount Maunganui secured their first win of the tournament as a young Morrinsville team struggled to create partnerships after a great opening stand of 41 runs between Abby Lamb and Jessie Morris, with Sabine Attrill picking up three wickets. Meanwhile on pitch two, Mount Maunganui bowled fantastically well to restrict Kamo Intermediate to only 68 runs, Mikayla Keane picking up two wickets. Mia Chatterton earned a wicket with the first ball of the second innings, and while Tauranga were able to chip away at the chase, Kamo Intermediate bowled full and straight to continually keep wickets tumbling before Kate Illerbrun effected a fantastic run out to secure Kamo Intermediate a close win as Tauranga Intermediate fell nine runs short in a valiant chase. 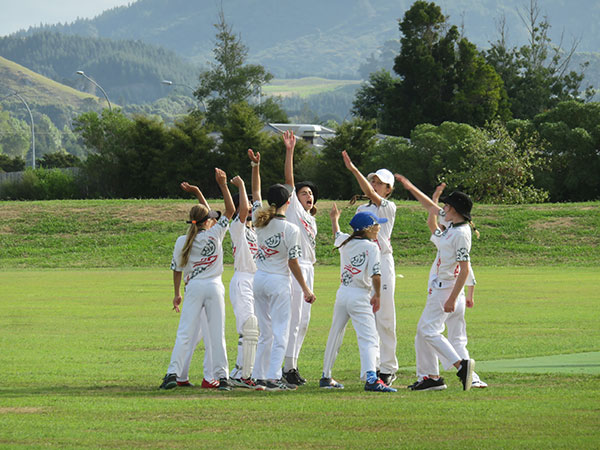 In the second game of the day, Tamzin Rowland snared two wickets and Anamaya Taylor scored 21 runs as Tauranga Intermediate secured their firsts win. Gisborne Intermediate and Kamo Intermediate played a crucial 'top-of-the-table' clash which went down to the wire. Gisborne Intermediate scored a first innings total of 72 thanks to the solid contributions of opening bat, Keeley-Rose Smiler before Savannah McGee in the middle-order and Maryanne Keiaho boosted Gisborne's total in the closing overs with some great running, Mia Chatterton claiming 2-7 off 2.2 for her efforts. 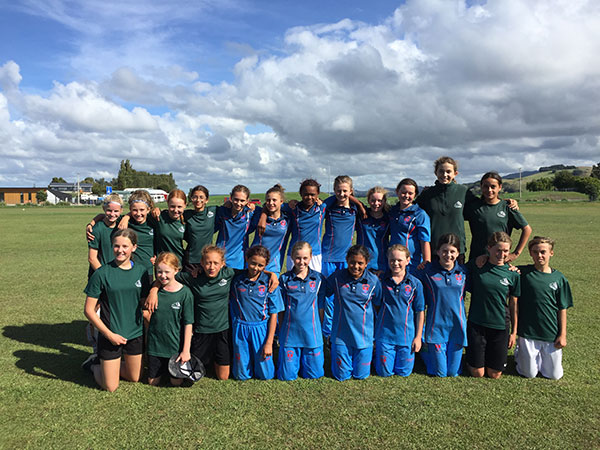 The Kamo Intermediate opening duo of Chatterton and Aimee Lindsay had a watchful start with the Gisborne bowlers a well trained unit, sticking to an off-side line as Kamo slowly crept to 27/0 after nine overs, the momentum began to swing to the east coast side as the dot balls built. However with great encouragement from the side and with wickets in-hand, the batters grew in confidence and with 11 runs off the bat in the 10th over including the first boundary; all of a sudden the momentum shifted back to the centre. 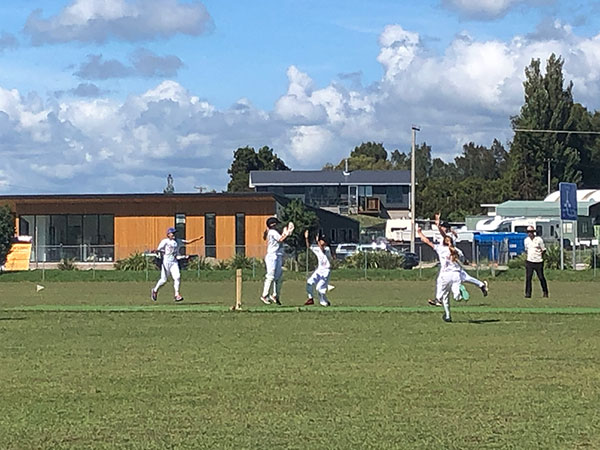 Two more boundaries and some brave running between the wickets left the equation at 18 runs to win from the last three overs: it was now a-run-a-ball and every player on and off the field was in the game! Georgia Hulme-Moir struck in the 13th over to remove the dangerous Chatterton for 32 runs; 12 from 12 now required. Keeley-Rose Smiler combined with Gloria Allen to effect a fantastic run out in the 14th over, Smiler chasing the ball to the boundary for a quick turn and throw into the hands of Allen to leave Kate Illerbrun a metre short of her crease in a gasping effort to return for the second run. Needing four to win in the last over, Georgia Cross struck a no-ball full-toss to mid-wicket and in trying to steal a single, was brilliantly run out by a direct hit from Hulme-Moir. The winning runs came with three balls to spare as opening bat Lindsay struck a wayward leg-side ball to the boundary to seal a tightly fought game. 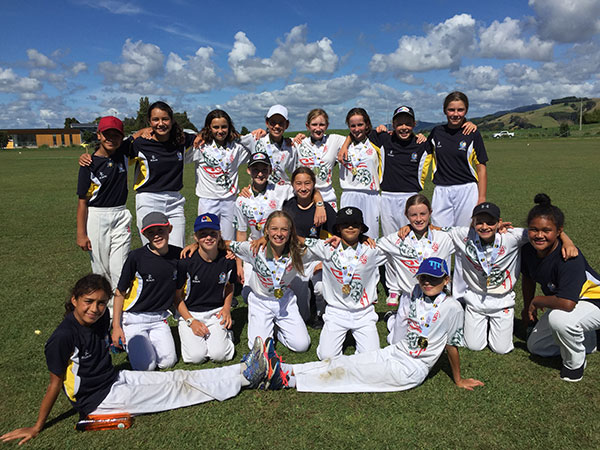 Kamo and Gisborne - First and second.

Kamo Intermediate were firmly in the box seat entering the last day of play, and after posting 92/6 the Northland team secured a tournament clean-sweep with victory over Mount Maunganui. Mount Maunganui however saved their best for last as they posted 166/4 in a local derby against Tauranga Intermediate, while Gisborne enjoyed two solid victories to close the tournament, Savannah McGhee scoring her maiden half-century with an unbeaten 65 from 59 balls; the highest score of the tournament. 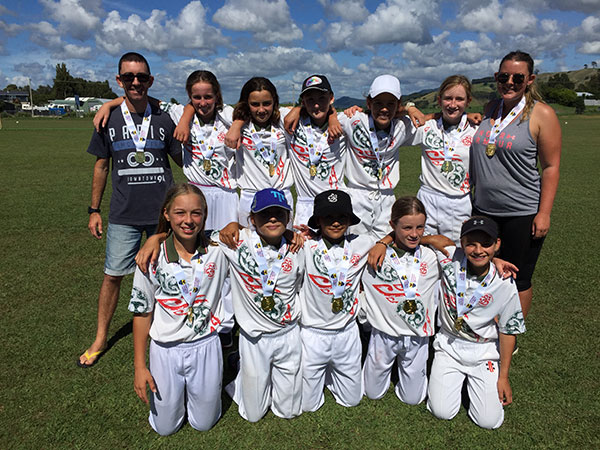 Mia Chatterton finished as the tournament's leading run-scorer and wicket-taker, and together with her Kamo Intermediate teammates, secured their spot as Northern Districts' Primary School Girls' representative team for the NZC Nationals to be held in term four, 2019. Kamo Intermediate received a huge round of applause and well wishes from all involved at the ND Regionals, which was played with exemplary sportsmanship from all involved.