Mitchell to captain NZ XI against India A

Northern Districts and BLACKCAPS all-rounder Daryl Mitchell will lead a youthful New Zealand XI for two one-dayers against an India A side stacked with no-less than ten internationals.

The two sides will clash at Bert Sutcliffe Oval in Canterbury on Friday and Sunday as an entree to the remainder of the international home summer.

Northern Districts is further represented by batsman Katene Clarke and fast bowler Zak Gibson, while John Bracewell will coach the side. 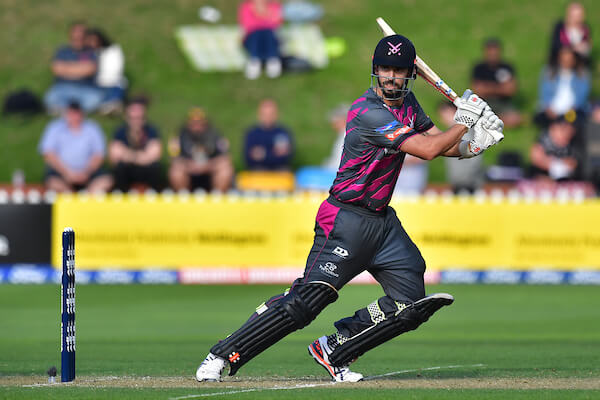 The NZ XI squad also features Auckland Aces 20-year-old Finn Allen, who scored a breakthrough century for the NZ XI in their last match against England two months ago.

India A boasts Test stars Mayank Agarwal, ranked 13th in the ICC Test batting rankings, and 20-year-old Prithvi Shaw - who scored a century on debut and averages 118.5 after two Tests.

Experienced international Vijay Shankar is the leading all-rounder and there's no shortage of quality spinners with Krunal Pandya, Axar Patel and Khaleel Ahmed all having played for the Indian senior side.

India A will be captained by Shubman Gill, the Player of the Tournament at the 2018 ICC Under 19 World Cup, hosted in New Zealand.

The NZ XI will have experienced Central Stags wicket-keeper Dane Cleaver behind the stumps.

Canterbury speedster Andrew Hazeldine earns his first call-up to the national stage and is joined in the pace department by Canterbury teammate Henry Shipley and Gibson.

Canterbury's Jack Boyle will open the batting with Jakob Bhula while Theo van Woerkom is the specialist spinner.

Selector Gavin Larsen said the NZ XI had an exciting couple of days in store.

"It's a great opportunity for our guys, many of whom are at different stages of their careers," he said.

"India A are full of international experience and we know how tough it is to make that senior team so we're under no illusions about the challenge ahead.

"Coach John Bracewell and myself are looking forward to seeing how the players respond, and who stands up."

The NZ XI squad is selected from the three Major Associations no longer in contention for the Dream11 Super Smash finals, along with players who were not required by their Major Association in the domestic T20 competition.