Northern Districts pair plunder world record 43 runs off one over

Joe Carter and Brett Hampton have set a List A world record 43 runs from one over in today's Ford Trophy match against the Central Stags at Seddon Park, Hamilton.

The onslaught unfolded in the 46th over of the innings off the bowling of Willem Ludick.

Brett Hampton hit the first delivery for four, before he despatched back-to-back no balls for consecutive sixes. Hampton struck a further six, before hitting a single to give Carter the strike. Carter continued the hitting, delivering three consecutive sixes to round out the 43-run over.

"Once you see a couple of full tosses like that, your only choice is to go after them," said Brett Hampton, one half of the record-breaking duo.

"It was great to be a part of and was all a bit of a blur to be honest."

After witnessing Hampton's antics, Joe Carter decided he wanted a piece of the action.

"After we got the single I decided I'd have a go myself, and it was just one of those freakish things," Carter explained.

"I wasn't thinking too much about it, it was just the end of the innings and we were trying to get as many runs as we could" 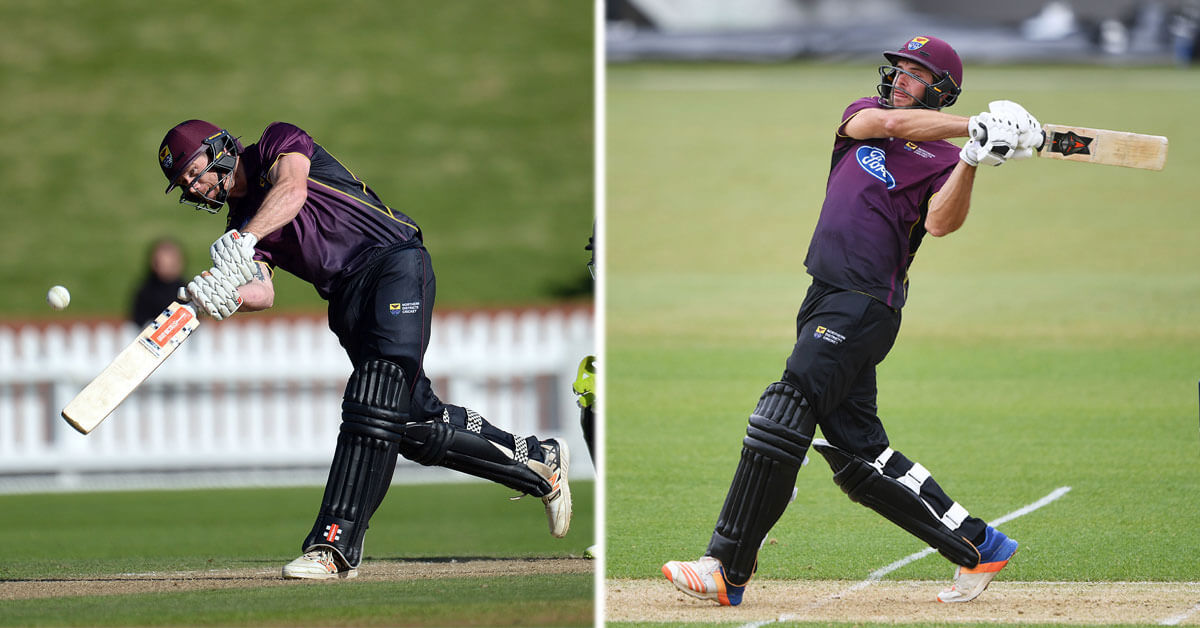 The mammoth over surpassed the previous List A world record of 39, which was set in Dhaka by Elton Chigumbura off the bowling of Alauddin Babu in 2013.

They shared a 178-run partnership off 126 balls to guide Northern Districts to 313/7 off their 50 overs. Hampton fell just short of his century, departing for 95 from 66 balls, while Carter brought up his hundred with a six in the last over to finish unbeaten on 102 from 77 balls, his first List A century.