Former Northern Districts (ND) batsman Nick Kelly scored a century on his return to Seddon Park to lead the Otago Volts to an opening round victory in the Ford Trophy.

With the new lights installed at Seddon Park, it hosted the first List A domestic day/night match in 10 years, and the hosts elected to bat under these after winning the toss and sending Otago in to bat.

ND made a brilliant start with the ball, reducing Otago to 74/4 through the bowling of Zak Gibson, Brett Hampton and Anurag Verma, who claimed two early wickets on his return to the domestic scene.

Otago owned the next period of the match as Kelly and Josh Finnie added 119 for the fifth-wicket, taking the score to 193 before Brett Randell had Finnie caught for 58 in the 40th over.

The final 10 overs were full of action as Otago added 89 runs and lost five wickets, including that of Kelly for a career-best 120 before he was bowled by Verma; his third wicket.

The chase didn't get off to a good start, as ND lost Bharat Popli and Dean Brownlie within three balls of each other to be 18/2 in the sixth over.

At the other end was Counties Manukau youngster Katene Clarke, who was making his List A debut and showing some aggressive intent, pulling and hooking fours while also walking down the wicket to drive another boundary over the top.

Clarke was looking comfortable in his debut, but walked down the wicket one too many times, as Nathan Smith dropped one short and had Clarke caught - Smith had now accounted for ND's top three himself.

This left ND 33/3 in the 10th over, with new skipper Joe Carter and Henry Cooper taking on the task of building the chase. 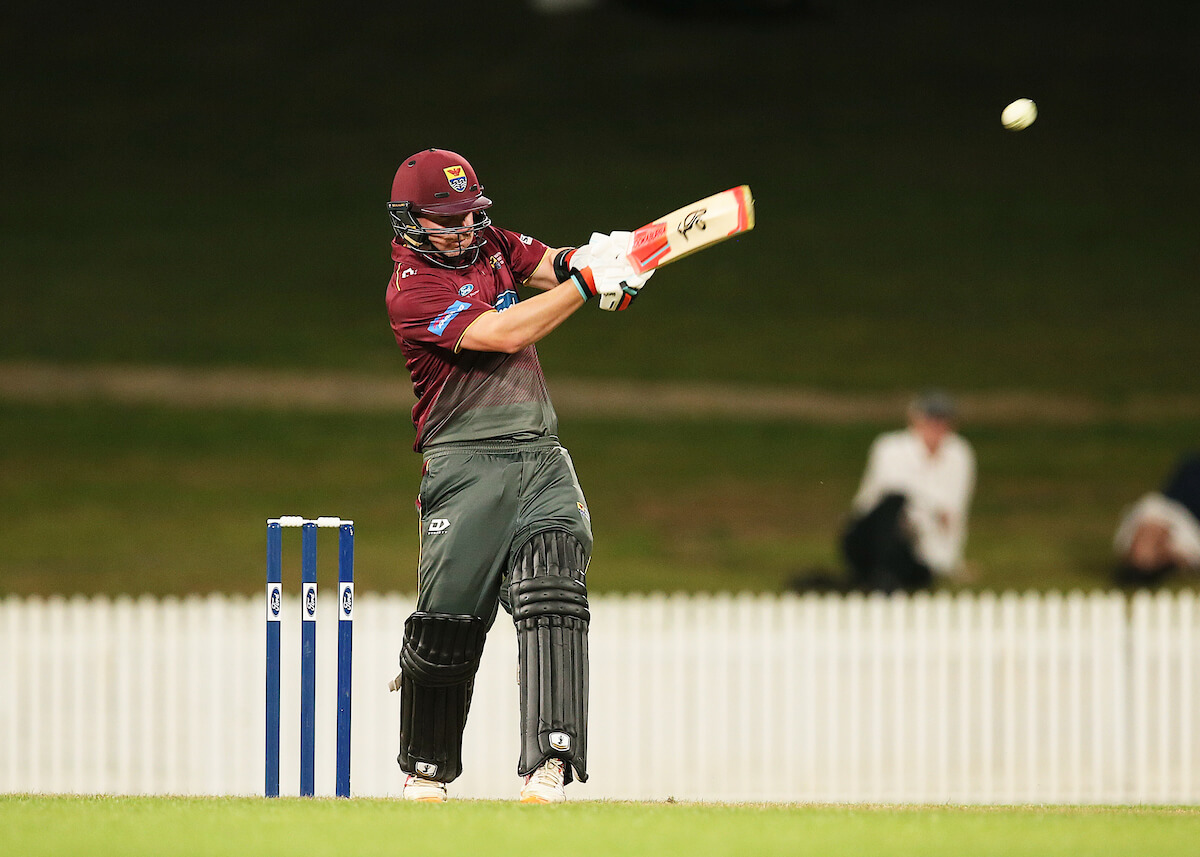 The pair were looking good and on the brink of a 50-run partnership before Carter was caught for 25 trying to whip a delivery through the leg side.

Cooper continued to chip away at the total with the aid of several boundaries, including a glorious drive straight down the ground.

After Hampton was trapped LBW for 10, Peter Bocock began building a partnership with Cooper to give some life to the chase, adding 52 runs before he was stumped for 18.

ND's task got much harder the next over as Cooper was dismissed for 75, his best List A score, in terribly unlucky circumstances; driving back down the ground to see the ball deflect off bowler Jacob Duffy, with the onrushing mid-off sprinting in to claim the catch.

Ish Sodhi and Verma kept ND in the game however, combining for several lusty blows in a 29-run partnership before Sodhi was caught for 22.

With the score at 226/8 after 44.2, rain swept across the ground and ended the match, handing Otago a 28-run victory courtesy of the DLS method.