An outstanding unbeaten 106 not out from Katie Gurrey was the driving force behind a 10-wicket win for the SkyCity Hamilton Northern Spirit in Lincoln.

After choosing to bat, the Central Hinds moved on from the early loss Emily Cunningham to move passed 100, with Jess Watkin doing the bulk of the damage as she reached her half-century.

The Hinds made their way to 125 in the 14th before the Spirit got their next breakthrough; the first wicket of five which would fall in the next 22 balls. 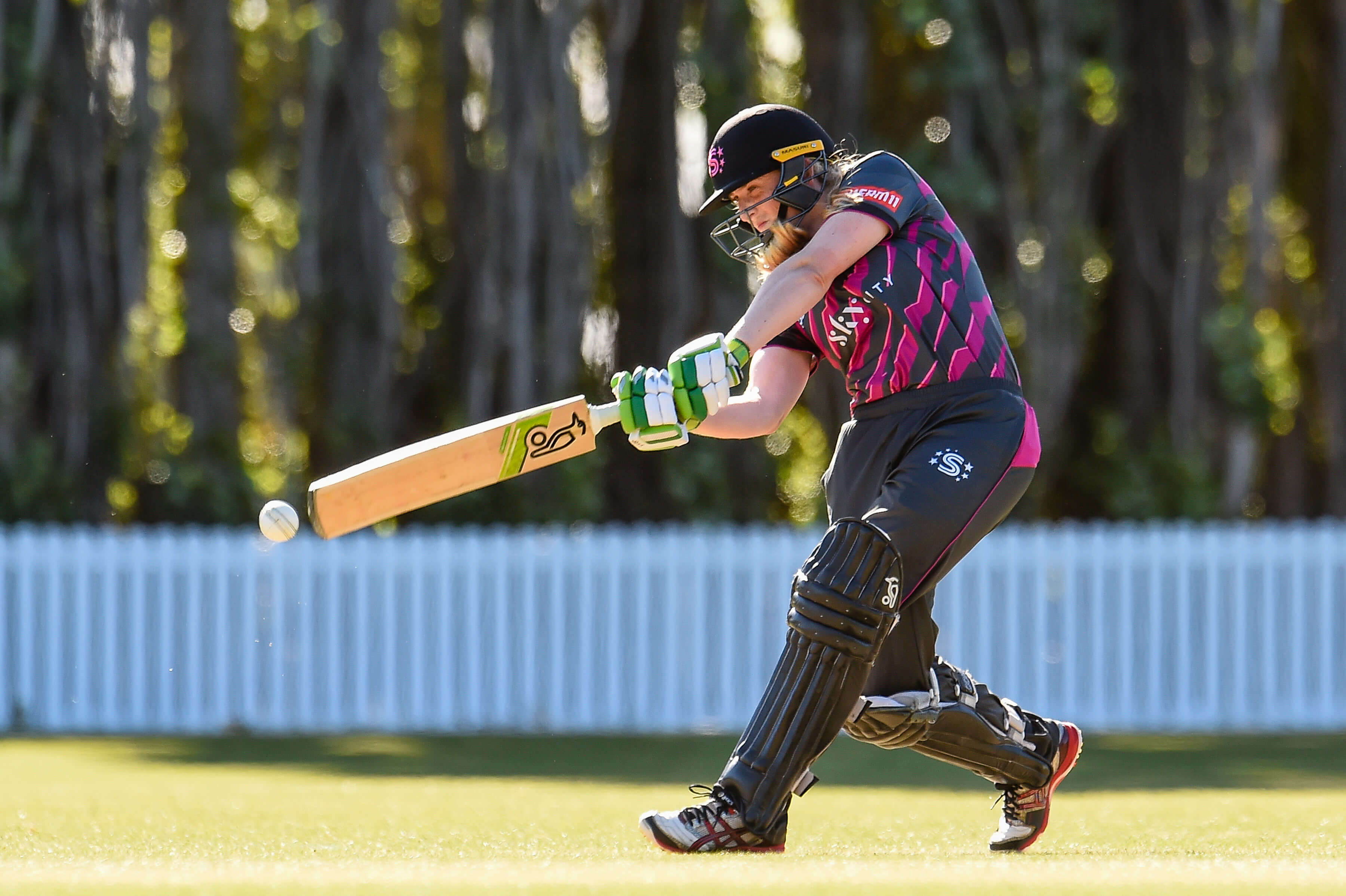 The key bowler in this spell was Charlotte Sarsfield, who took three wickets in seven balls, including the wicket of Watkin for 95, on her way to returning figures of 3-19.

What happened next was nothing short of sensational, as Katie Gurrey and Bernadine Bezuidenhout chased the total down themselves.

The signs were looking good when the Spirit passed 50 in the fifth over, and when Gurrey reached her third-consecutive fifty of the weekend, it was beginning to look like the Spirit were on the verge of something special.

Bezuidenhout also made a half-century as the score ticked over 100, before Gurrey raised a special milestone as she scored the first-ever T20 century for the Spirit.

It was only fitting that Gurrey would have the final say in the match, as she hit a boundary to earn the Spirit a 10-wicket win with 14 balls to spare.