SkyCity Hamilton Northern Spirit will host the Hallyburton Johnstone Shield Grand Final after defeating the Auckland Hearts in the final round to secure a first-place finish.

Hosting rights were still up for grabs for both teams after Saturday's washout and the Hearts got off to a great start, claiming the wicket of Felicity Leydon-Davis in the second over. 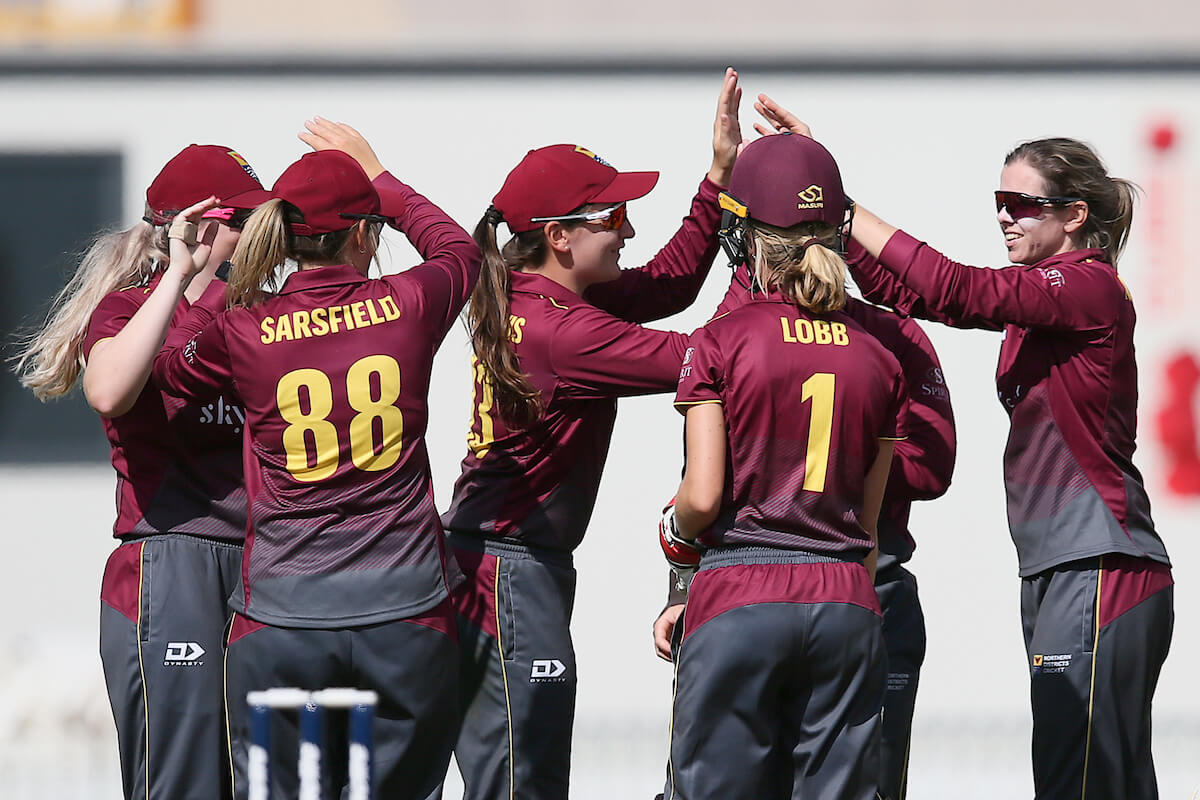 The Spirit batters struggled to build momentum throughout the innings with some tight Hearts bowling keeping them in check; the only partnership of real note coming between Katie Gurrey and Eimear Richardson, who combined for a second-wicket partnership of 68.

Richardson would go on to top-score with 37, while there were handy contributions from Olivia Lobb (32) and Kate Anderson (29), as the Spirit were bowled out for 193 in the 47th.

Early strikes to Lily Mulivai and Richardson had the Hearts 19/2, but a handy partnership between Arlene Kelly and captain Regina Lili'i took the Hearts close to 100 runs required with eight wickets left to burn.

Crucially, for the Spirit, their tight bowling meant the required rate for the Hearts kept climbing - something which would play a central role at the end of the match.

Despite losing several more wickets along the way, the Hearts were well placed, requiring 17 off 19 balls with five wickets to spare when Richardson struck with the key wicket of Lili'i for 63.

The game was still in the hands of the Hearts, but after the next over from Charlotte Sarsfield only conceded one run, and the following from Richardson conceded three and claimed two wickets (finishing with figures of 4-44), the pendulum had firmly swung in the Spirit's favour; eight down, the Hearts needed 13 from the final over.

A mixture of singles and twos from the first five balls meant the Hearts needed a six to win off the final ball, but Carolyn Esterhuizen came up trumps, sliding one through the gate to bowl Hucker and earn a sensational five-wicket win.

The two teams will meet again in the Grand Final on Saturday, March 14.