Super summer set to get underway for Knights and Spirit

The Knights and SkyCity Hamilton Northern Spirit are set for a busy summer of Dream11 Super Smash cricket.

With each team playing 10 matches over the next month around the country, fans around New Zealand will have plenty of opportunity to watch the country's domestic Twenty20 competition over the summer holidays.

The Knights are the first of the Northern Districts sides to get their campaign underway when they travel to Napier for a clash with the Central Stags tomorrow night. 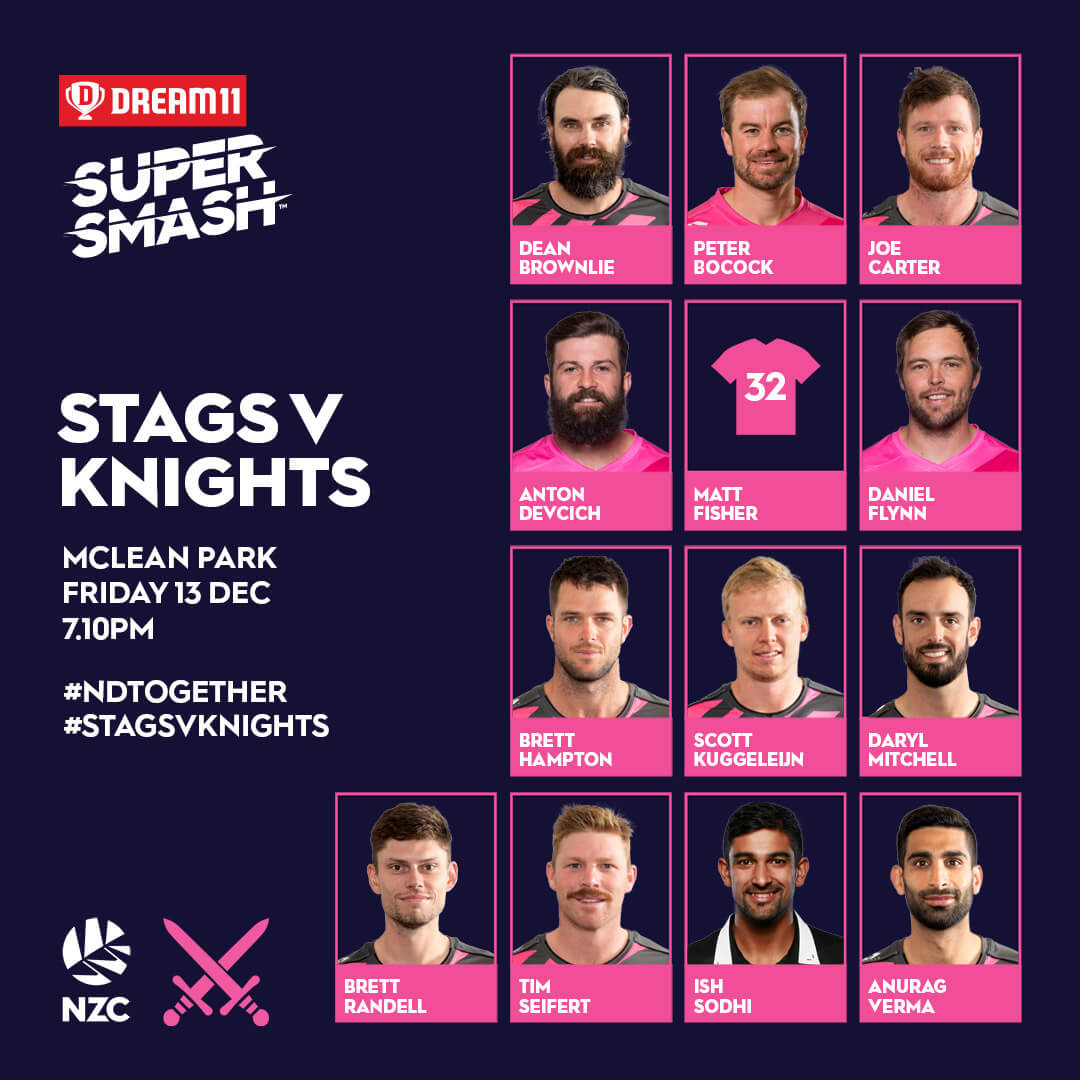 It promises to be an enthralling encounter, with recent matches between the two sides serving-up plenty of drama, including the last two Super Smash Grand Finals.

Last year's round-robin match at McLean was also incident-packed, as the Knights recorded their highest ever Twenty20 score of 230-5, before dismissing Central Stags for 99.

The Spirit get their campaign underway a day later in a match which sparks a flurry of three games in two days.

With a centralised round at Lincoln this weekend, a fast start will be crucial for the Spirit's Dream11 Super Smash title aspirations.

The Spirit will be flying high on confidence after an outstanding start to their Hallyburton Johnstone Shield campaign, in which they have won five of six matches, and looking to set an early marker down in the competition.

They also play their first match against a Central Districts side, as they clash with the Central Hinds at Bert Sutcliffe Oval on Saturday morning.

The Spirit then back this up with a Saturday afternoon match against the Otago Sparks, before they play the Central Hinds once more on Sunday morning.