Tauranga Intermediate were the Northern Districts representatives for the 2018 National Primary School Cup, which was held at the NZC High Performance Centre in Lincoln from November 19-21.

The Cup is contested by primary and intermediate school boys, provides participants with the opportunity to play cricket amongst friends and test their skills against schools from within their region and also across the country.

The competition began with teams playing nearby schools from their region in term one of the school year, with winning teams advancing through to their regional finals. Tauranga Intermediate, along with the other five regional winners from around the country, then attended the national finals in Lincoln, with the format consisting of Twenty20 cricket played in a round-robin format. 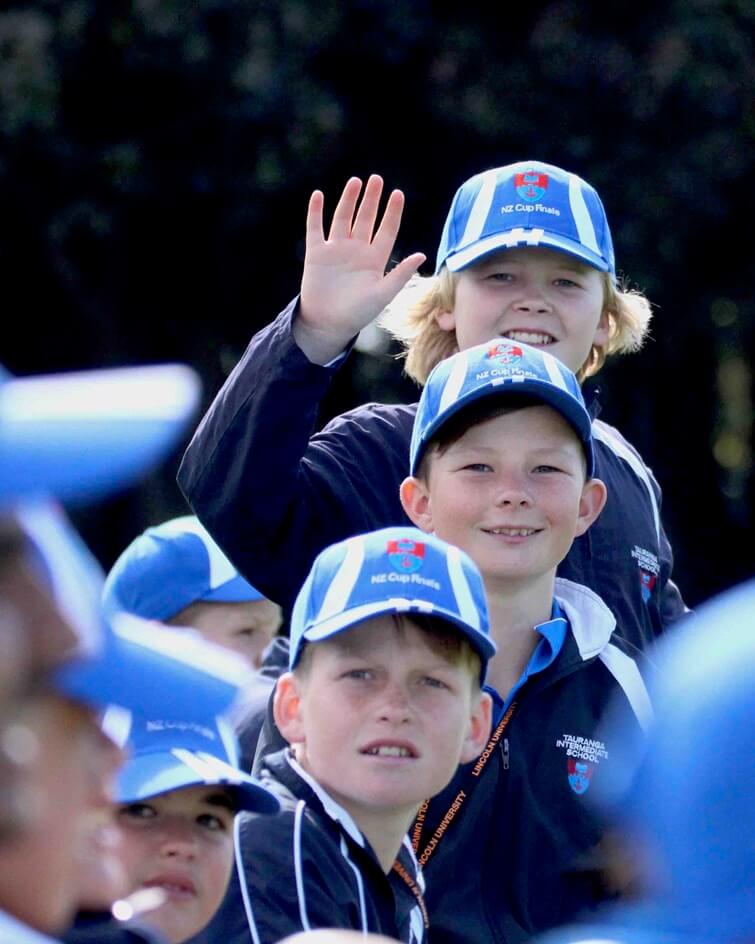 It was a great week for the boys and a taste of the professional environment, with the tournament being held at the NZC High Performance Centre and all matches being live scored at www.nzc.nz and on the BLACKCAPS mobile app.

Full results, match reports and scorecards are below.

Saint Kentigern Boys' School have chased down Tauranga Intermediate's 72 runs in the opening match of The Cup. St Kentigern's bowling attack were very economical in limiting Tauranga to 72 runs, Joseph Baker (2-7) and Brendan Meyer (2-5) standing out with the ball. Luke Spargo topped scored for Tauranga with 26 runs and Lachlan Balfour made what would be an important 18 runs, in what were the key contributions for Tauranga. St Kentigern's openers made haste in pursuit of the run total, Cody O'Shanassy (33) and Ethan Hall (22) top-scoring and chasing down the total with 10 overs to spare.

Tauranga have put their round one loss behind them and have come back strongly in their second round clash with Breens Intermediate. Breens sent out early warning signs in the first round with a solid batting display but it was all Tauranga this afternoon at Lincoln Green. Tauranga got off to an electrifying start, Utsav Kumar smashing 54 off 39 balls and his opening partner Luke Spargo scoring 39 to eventually give Tauranga's bowlers 127 to defend. Breens Intermediate got off to an ominous start with their top order batsmen Jacob Frost (43) and Flynn Bainbridge (26) steering them in the right direction. Once they fell, Breens' middle-order failed to follow suit. Tauranga's bowlers were superb in limiting Breens to 92 runs; Hohepa Chandler stared with the ball taking 3-5.

All matches abandoned due to wet weather.

Just eight runs separated both teams, with Balmacewen Intermediate claiming victory in a high-scoring match. Balmacewen's middle order guided them to 111 off 20 overs, Luke Marsh (24) and Tom Miller (33). Tauranga's bowling attack did take some key wickets to minimise what could have been a much higher total, they were lead by Josh Espitalier (2-26) and Lachlan Balfour (2-20). Another solid knock for opener Utsav Kumar (52), which included 7 boundaries, couldn't quite elevate Tauranga over the line. Andrew Friskney contributed 20 off 26 balls in the middle-order to give Tauranga a glimmer of hope, but ultimately it wasn't enough. Liam Barron was the pick of the Balmacewen bowlers taking an impressive 4-15 of his four overs.