The Northern Premier League (NPL) comes to a conclusion tomorrow with Velocity facing-off against Power for the Twenty20 title at Jansen Park in Hamilton.

Velocity go into the final as the top-ranked side, the only blemish on their six-match round-robin record a final match loss to Galaxy.

The star performer for Velocity in their run to the final has undoubtedly been skipper Felicity Leydon-Davis, who tops both the run-scoring and wicket-taking charts.

Leydon-Davis has scored 209 runs at a strike-rate of 124 from five innings and, remarkably, is yet to be dismissed in the competition.

Hoping to stop Velocity and, complete a T20 three-peat, is Power, whose four-win/two-loss record saw them finish second.

With four rounds down and two losses to their name, both against Velocity, Power's chances of qualifying for the final were in the balance.

A big final day victory over Sonic, followed by a tense six-run victory over Galaxy, however, secured second position for Power.

This means the third/fourth play-off will be contested between Galaxy and Sonic. 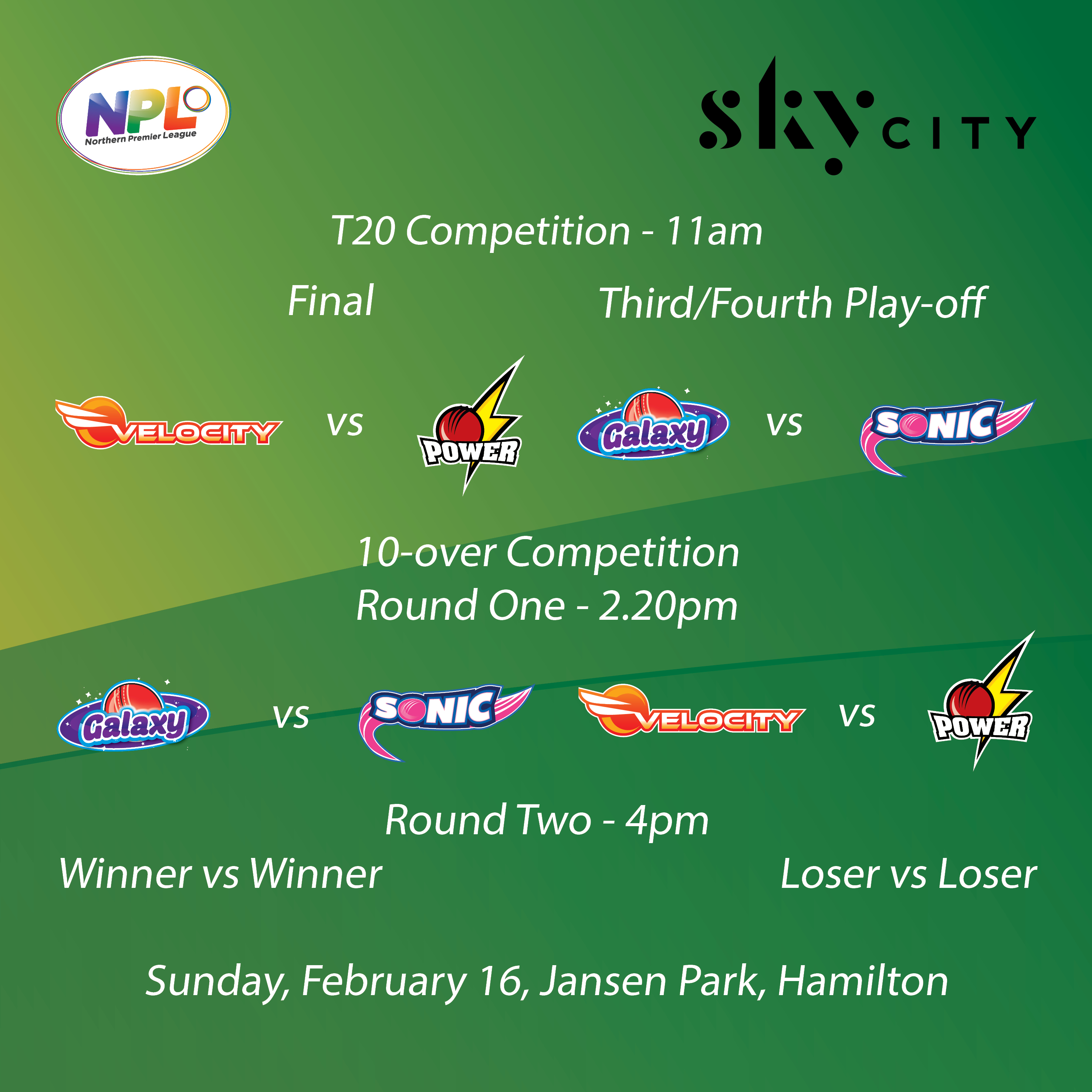 The sides head into the match with very different records, with Galaxy securing three wins during the round-robin, while Sonic are yet to win this season.

Following the Twenty20 games in the morning, the sides will enter into a 10-over knockout competition played over the course of the afternoon, with Galaxy again facing Sonic and Power taking-on Velocity, with the winners and losers of each match playing each other to round out the NPL for 2019/20.